Alabama ban on nearly all abortions signed by governor 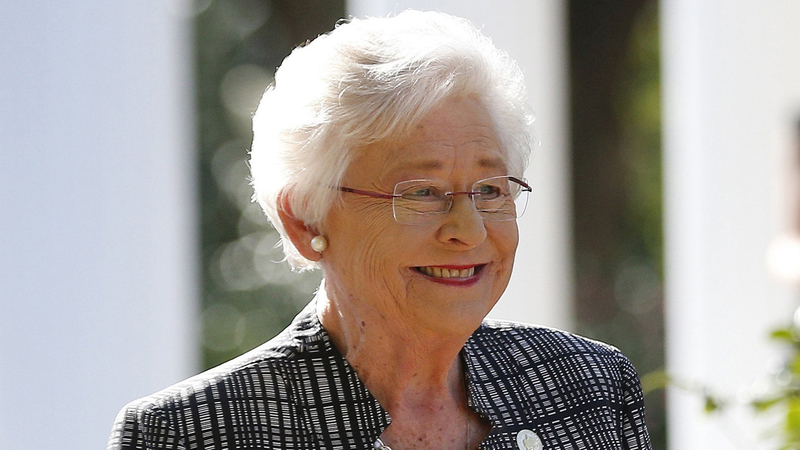 Alabama ban on nearly all abortions in GOP governor's hands

MONTGOMERY, Alabama -- Alabama's Republican governor signed the most stringent abortion legislation in the nation Wednesday, making performing an abortion a felony in nearly all cases.

"To the bill's many supporters, this legislation stands as a powerful testament to Alabamians' deeply held belief that every life is precious and that every life is a sacred gift from God," Republican Gov. Kay Ivey said in a statement.

The bill's sponsors want to give conservatives on the U.S. Supreme Court a chance to gut abortion rights nationwide, but Democrats and abortion rights advocates criticized the bill as a slap in the face to women voters.

"It just completely disregards women and the value of women and their voice. We have once again silenced women on a very personal issue," said Sen. Linda Coleman-Madison, a Birmingham Democrat.

Coleman-Madison said she hopes the measure awakens a "sleeping giant" of women voters in the state.

But Republican pollster Chris Kratzer noted that there is no congressional district and likely no legislative district with enough swing voters to put Republicans at serious risk in the state.

The legislation Alabama senators passed Tuesday would make performing an abortion at any stage of pregnancy a felony punishable by 10 to 99 years or life in prison for the provider. The only exception would be when the woman's health is at serious risk. Women seeking or undergoing abortions wouldn't be punished.

Ivey acknowledged Wednesday that the measure may be unenforceable in the short term.

"The sponsors of this bill believe that it is time, once again, for the U.S. Supreme Court to revisit this important matter, and they believe this act may bring about the best opportunity for this to occur," Ivey said.

Rep. Terri Collins, the bill's sponsor, said she believes the bill reflects the beliefs of the majority of the state electorate.

"I've heard from lots of women in the state who are extremely pro-life and they're very supportive," Collins said.

Kentucky, Mississippi, Ohio and Georgia recently have approved bans on abortion once a fetal heartbeat is detected, which can occur in about the sixth week of pregnancy. The Alabama bill goes further by seeking to ban abortion outright.

"We are laser-focused on urging Gov. Kay Ivey to veto this dangerous bill. If she chooses not to, then we will take this to court and ensure that abortion remains safe and legal and accessible in the state of Alabama," said Staci Fox, president and CEO of Planned Parenthood Southeast.

Supporters of the bill acknowledged the ban would not be effective anytime soon, because they expected it to be blocked by the courts as they fight upward toward the court.

One mile from the Alabama Statehouse - down the street from the Governor's Mansion - sits Montgomery's only abortion clinic. Because of its location, the clinic sees a stream of patients from Mississippi and the Florida Panhandle because other clinics have closed.

"It's been a lot of fear. A lot of people who are afraid they can't get their procedure," said Kari Crowe, a clinic employee and escort.

"Abortion is OK!" read a banner paid for by abortion rights advocates that a plane carried as it circled the Alabama Capitol and Statehouse on Wednesday.