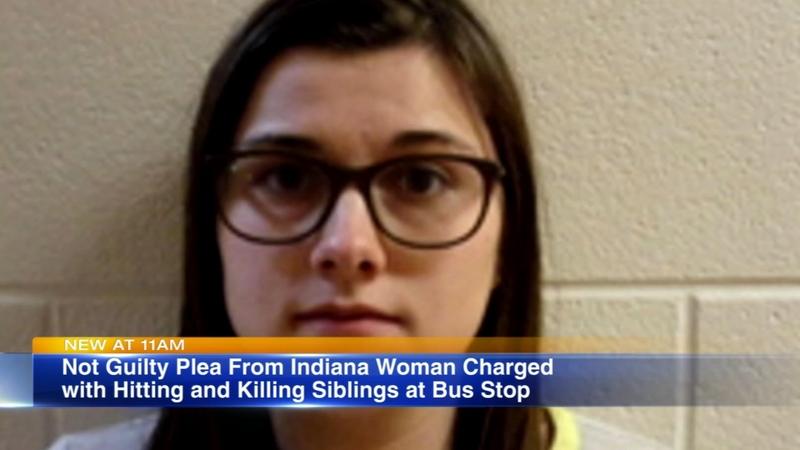 ROCHESTER, Ind. -- A northern Indiana woman accused of striking and killing three children with a pickup truck as they crossed a highway to board a school bus entered a preliminary not guilty plea Thursday.

Shepherd was driving a pickup truck before dawn Oct. 30 when she struck four children who were crossing a two-lane road to board a Tippecanoe Valley School Corp. bus near Rochester, about 100 miles (160 kilometers) north of Indianapolis.

Six-year-old twin brothers Xzavier and Mason Ingle, and their 9-year-old sister, Alivia Stahl, were killed. An 11-year-old boy who was severely injured in the crash remains hospitalized in Fort Wayne.

A message seeking comment was left Thursday for Shepherd's attorney.

Shepherd told authorities she didn't realize that she was approaching a stopped school bus, despite the activated stop arm and flashing lights. Court documents show Shepherd told police she saw the lights but didn't recognize the vehicle as a school bus until the children were right in front of her.

Alivia's father, Michael Stahl, attended Thursday's hearing and said afterward that he prays for Shepherd's family. He asked that those who have made threats against her family to stop.

Stahl said his focus is now his other daughter, who is 11 and was at a doctor's appointment on the day of the crash. He said she is struggling with emotions that no child should have to face.