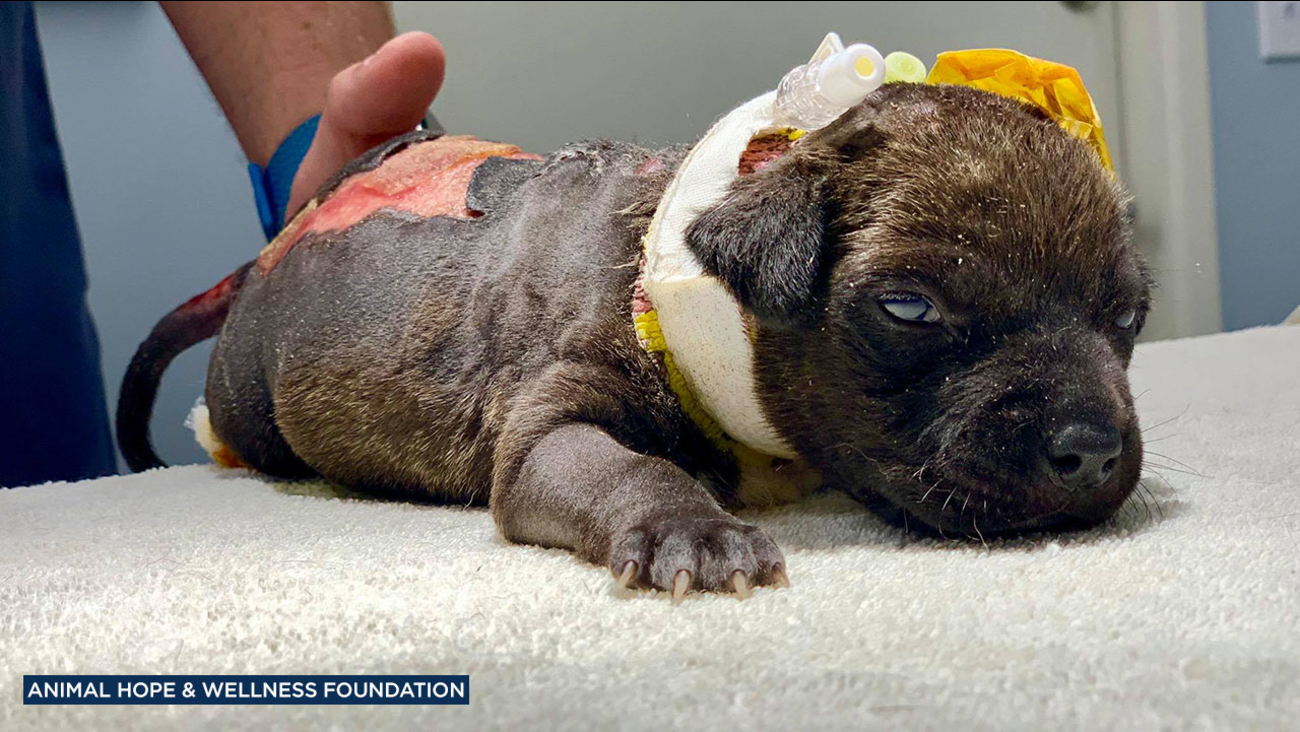 Hope is a puppy who was found beaten and burned in a Coachella dumpster on May 5, 2019. (Animal Hope & Wellness Foundation)

COACHELLA, Calif. -- A puppy is being treated in intensive care after she was found in a Coachella dumpster in a plastic bag with her tail cut off and part of her skin burned off.

The incident comes only weeks after a similar one in which seven puppies were rescued after they were found in a Coachella dumpster.

In this latest incident, someone rummaging through trash on the afternoon of May 5 at a shopping center at 49849 Harrison St. heard the puppy crying. The person found the puppy in a plastic Walmart bag with serious injuries. The owner of a local jewelry store brought the puppy to emergency care.

Animal rescue officials say the puppy, later named Hope, had some of her tail cut off and cannot walk after she was beaten. She was also burned with a caustic substance or a metal object like an iron.

Hope is only a few weeks old.

The Animal Hope & Wellness Foundation is offering a $10,000 reward for information leading to the person responsible for injuring and abandoning Hope.

A GoFundMe page has been established to help with Hope's medical treatment.