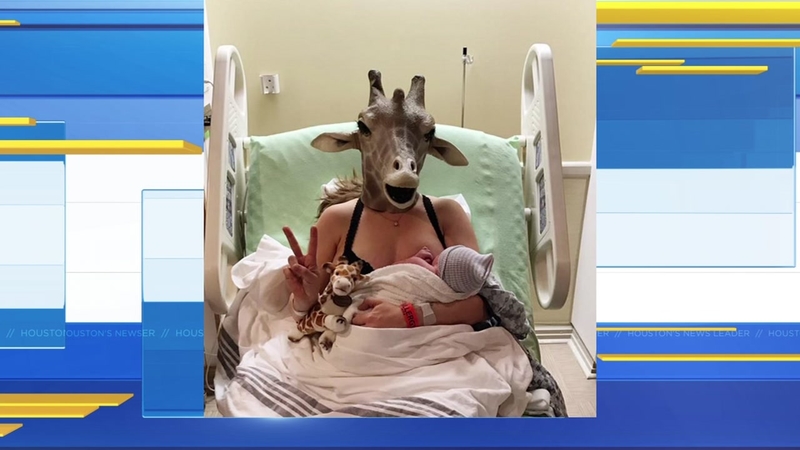 MYRTLE BEACH, South Carolina -- A South Carolina mom whose impression of a livestreamed pregnant giraffe at an upstate New York zoo was viewed more than 30 million times on Facebook has given birth.

Erin Dietrich posted a Facebook Live video of herself Saturday walking around a bedroom wearing a giraffe mask and showing of her pregnant belly.


The video mocks the ongoing YouTube livestream of a pregnant giraffe named April at Animal Adventure Park in Harpursville, New York. Millions of people have watched the stream over more than two weeks awaiting the birth of April's fourth calf.

Dietrich beat her to the punch Wednesday night by giving birth to an 8-pound, 2-ounce boy named Porter. She brought the giraffe mask to the hospital and posed holding her newborn.