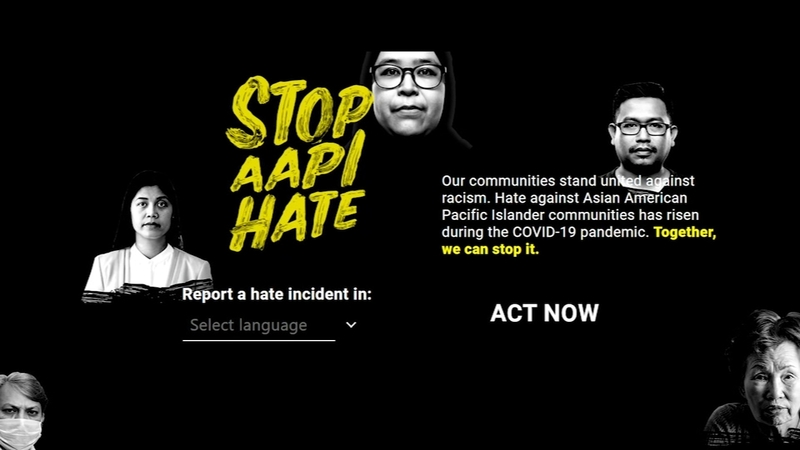 FRESNO, Calif. (KFSN) -- A series of attacks against Asian Americans in recent weeks is stoking fear and anger.

In San Francisco, an 84-year old Thai man was shoved to the ground and died days later. On a New York City subway, a Filipino man was slashed across the face by another passenger.

The list goes on, and many believe the incidents are motivated by hate.

"That's some of what's going on now is with COVID-19, people, like the former president, using terms like Wuhan virus, China plague, and Kung Fu to really put people in our community in harm's way," Kulkarni said. "It's creating group culpability, assigning blame to people who have nothing to do with the origins of the virus or necessarily its spread."

Stop AAPI Hate's latest report shows there are more than 2,800 firsthand accounts of anti-Asian hate across the country between March and December of 2020. Nearly half of those reports occurred in California. Kulkarni adds that seven percent of Asian Americans in California have experienced discrimination in the last year, which translates to almost 400,000 people. She says having this data is essential to understanding the problem and coming up with the best solutions.

"We examine the data, we analyze it, we look at the trends and patterns, and we report it to our policymakers."

Ya-Shu Liang is a licensed psychologist in Fresno who researches the mental health impacts of systemic barriers in the AAPI community. She says many local families have been impacted by the rise in hate incidents, even if they aren't victims of violence themselves.

For people experiencing secondary trauma from watching videos of the attacks, Liang recommends sharing how they're feeling with others and says oftentimes, others are feeling the same way too.
"When I talk to community members, they try to adapt. When they go out to shop, they try to go to places where a lot of Asian Americans shop. I've heard of community members strategizing, 'We should have this family member go out and shop instead of this other family member."

Kulkarni encourages residents to hold their elected officials accountable on the issue, donate time and energy to non-profits, and demand more accurate and balanced lessons on American history in public education.