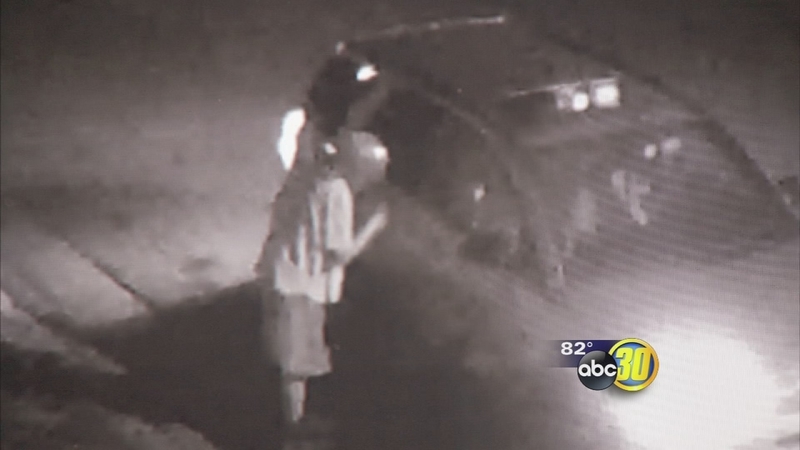 FRESNO, Calif. (KFSN) -- Police are investigating a brutal attack that left one person dead on the street in Central Fresno early Thursday morning. They're investigating it as a homicide, but some are calling it a hate crime.

The surveillance video of the murder is shocking. But the owner of Most Wanted Tattoo says he's glad police now have the recording.

"It doesn't stop anything from happening but at least we can put a puzzle together, hey, this is what happened," Augie Rubio said.

The video shows the moments leading up to the violent attack at around 2 Thursday morning.

You see the victim walking north on Blackstone, a light-colored SUV turning onto Cornell Avenue, and the victim following it. From there, the victim and whoever is in the car talk for less than a minute, and then the attack happens.

"He put the car in drive, you could see the brake lights release, you see the guy bend over to say something in his ear, and boom, (he) striked him with something right in the throat," Rubio said.

Police say the victim, identified as 66-year-old Kenton Haggard, had a wound to the neck and was pronounced dead at Community Regional Medical Center.

"I believe it was a hate crime," said Karen Adell Scot, Executive Director of TransCare. "There was no purse taken, they didn't even try to take it."

She says Haggard was a transgender woman minding her own business, who now deserves justice.

"It's a shocking thing in a nice community that should never have happened," she said.

She says she's also infuriated that at least one person can be seen walking by the victim after the attack, without stopping to help.

Police are still looking for the light-colored SUV, which they say has a moon roof and some markings on the front passenger door.