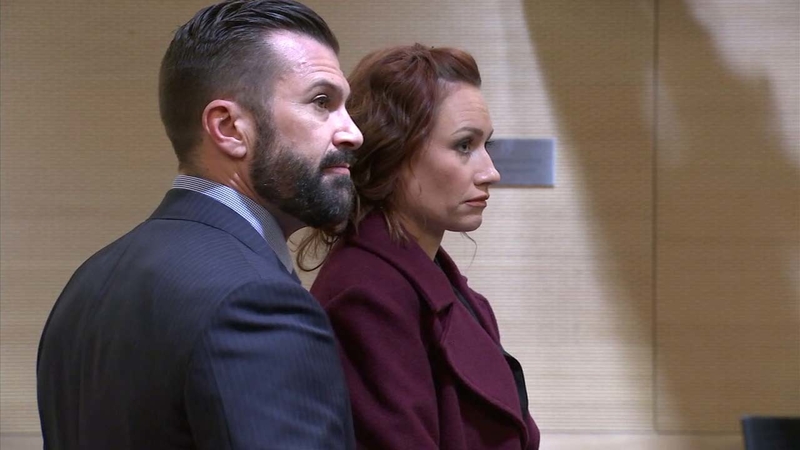 BANNING, Calif. (KFSN) -- A Beaumont High School teacher accused of having sex with one of her students pleaded not guilty Wednesday to felony charges.

Samantha Ciotta did not say a word as she left the Banning court house following her arraignment. The 32-year-old's family members also kept quiet.

Police started investigating Ciotta over the summer. She was arrested in September on suspicion of having a sexual relationship with an underage student.

According to an arrest warrant declaration, Ciotta not only allegedly had sex with one of her students, but also one of his 19-year-old friends.

The boy told police that he had sex with Ciotta on numerous occasions, but he could not remember the exact number of times because he was usually intoxicated during their meetings, according to the warrant.

The warrant also revealed that the alleged victim initially tried to cover for Ciotta. Later on, he learned that Ciotta allegedly had sex with his 19-year-old friend, telling him that the boy had "ruined her life."

That's when the boy decided to no longer lie for her, the warrant stated.

Ciotta, who is free on $25,000 bond, is accused of two counts of unlawful sex with a minor and one count of oral copulation of a child under the age of 18.

The mother of two previously held a teaching position at La Quinta High School and was recently hired by the Beaumont Unified School District.

Ciotta was placed on administrative leave pending the outcome of her case, which marked the second teacher sex scandal to rock Beaumont High this year.

She is due back in court Jan. 31 for a felony settlement conference.