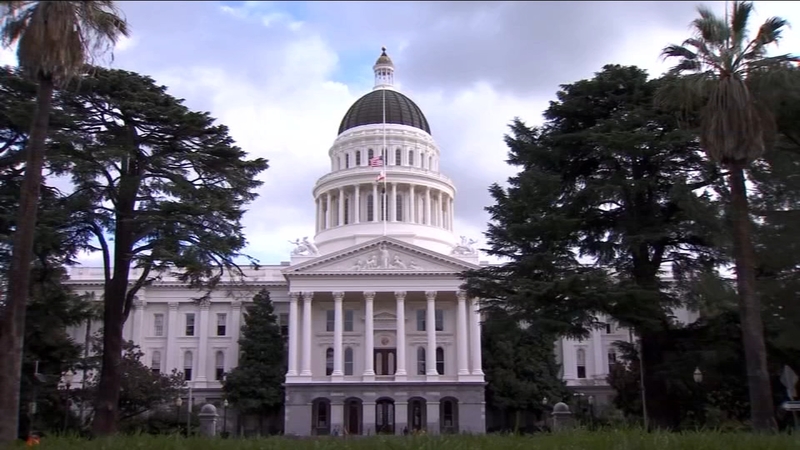 MERCED, Calif. (KFSN) -- From the farm to the packing factory, Bob Weimer grows several different crops, but sweet potatoes are what helps put food on his table.

He hires dozens of people to help him harvest.

However, he says the State Water Board's Bay Delta Conservation plan could mean less water for farmers, which could mean he will have to let go of some his employees.

"If we start to drop acreage out, we're going to drop jobs down," said Weimer.

Darron McDaniel and other local and state leaders plan to rally against the proposal in Sacramento on Monday.

The proposal aims to divert water from the Stanislaus, Tuolumne, and Merced rivers to help restore the fish habitat, however, McDaniel says that is not the case.

"The exact amount of water they're taking from us here in our tributaries is the same amount of water to put through the tunnels into Los Angeles. It's a water grab. Its real," said Merced County Supervisor Darron McDaniel.

A representative for the board says they need to balance the uses of water for both people and the environment, and that the diversions from the Three Rivers already use 80 percent more of the flow.

The board is also working on updating flow requirements in the Sacramento River and the Delta, and that quote "neither effort would result in sending more water south".

The Merced irrigation district is proposing their SAFE plan, which aims to restore portions of the Merced River while saving fish and water.

"The delta needs to fix itself. The state needs to figure that out instead of coming up here and thinking we're the problem and our water that's causing the issue," said Merced Irrigation District John Sweigard.