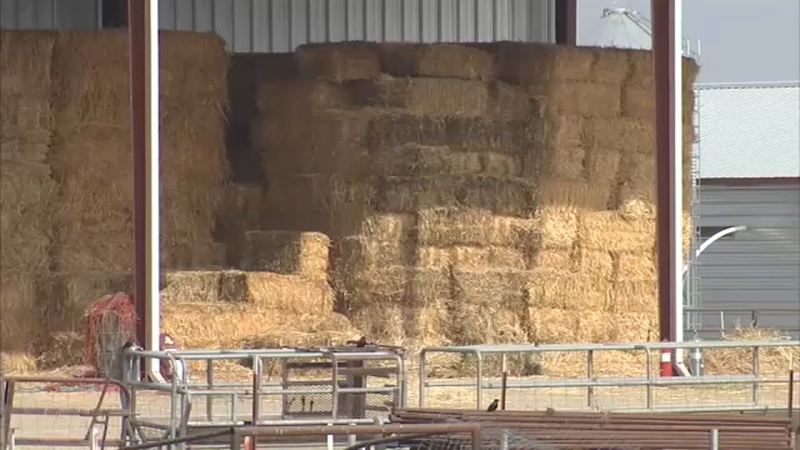 FRESNO, Calif. (KFSN) -- The Black Angus herd of beef cattle that roams this Fresno County foothill ranch has already been thinned out - much earlier than expected.

Roger Tweedy's supply of alfalfa hay has just about run out. Hay prices are rising, so he was forced to sell 20 of his 120 head of beef cattle.

"It's a big concern because I'll have to buy extra hay this year," he said. "We didn't get as much rain and not much grass."

That's apparent when you see the impact of the drought around the ranch.

The cattle still have some grass to feed on, but Tweedy says it will be a difficult summer for many ranchers because not only is alfalfa hay more expensive, it's also difficult to find. Roger's been looking to buy in Nevada and Arizona.

"Farmers are not going to get any water to irrigate with," he said. "That means they have to pump. That's expensive. That drives their costs way up. Therefore, they push that cost off onto us."

We've been on Tweedy's ranch during wet years when the cattle have plenty of natural feed on the ranch.

The extremely dry weather changes that.

Tweedy says normally, hay prices dip at this time of year as more alfalfa is harvested. That's not the case this year.

Last year, Tweedy paid $220 for a ton of hay. He worries the price will top $300 as it did during a previous drought.