Person killed after being hit by car in Clovis 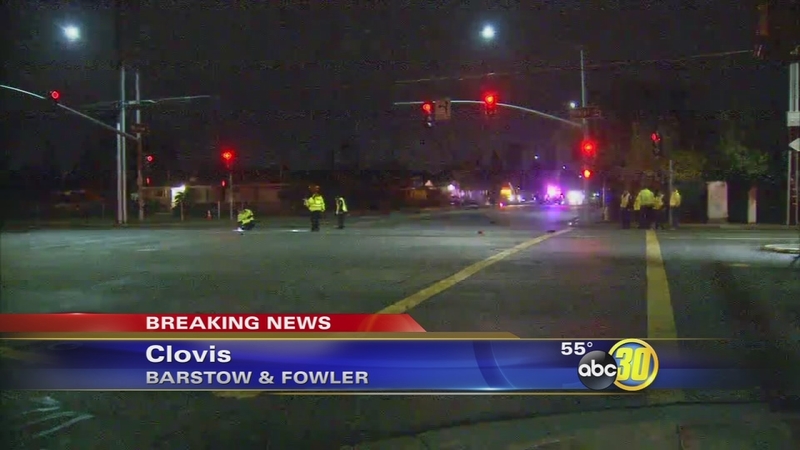 Person killed after being hit by car in Clovis

CLOVIS, Calif. (KFSN) -- According to Clovis Police, a person was killed after being struck by a car at Fowler and Barstow in Clovis.

Police said they received a call about a collision about 8pm and found a pedestrian laying in the street.

Witnesses told police the car was traveling south on Fowler at Barstow when the victim crossed the street, possibly against the light, when they were struck.

The pedestrian was taken to the hospital where they were pronounced dead.

The driver of the car is cooperating with police, who say it does not appear alcohol was a factor.

The intersection will be closed while police continue to investigate this incident.