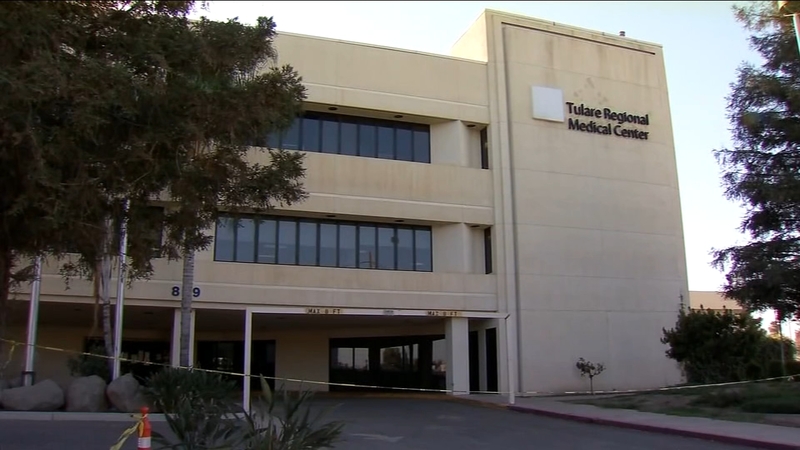 Some found new jobs, while others stuck around, assisting with the complex closure process, responding to those who still showed up looking for help.

"I can tell you there wasn't a day that didn't go by that someone didn't drive through still seeking emergency care through the emergency room," said Chief Nursing Officer Angelina Graziano. "Even though they knew the hospital was closed, they really couldn't believe that there would be nobody there to treat an emergency."

The closure overwhelmed other area hospitals, including Visalia's, and forced Tulare County Supervisors to declare a local emergency.

This summer, the Tulare Local Healthcare District's board of directors chose to lease the facility to Adventist Health.

Adventist, which has medical centers and offices throughout the Central Valley, provided a $10 million dollar loan to the district to reopen the hospital on October 15th.

At first, Adventist will manage the hospital.

But if district voters approve the lease agreement in November, the company would eventually operate the hospital under a new license and new name-Adventist Health-Tulare.

The agreement has a maximum length of 30 years, with five-year renewals.

"You go all in on these deals," said Adventist Vice President of Business Development, Randy Dodd. "You don't just dip your toe in, you gotta go all in and make it work, and that's what we're here to do."

Dodd says they are grateful and honored to be in Tulare, and look forward to providing a higher level of care.

"It's faith-based, it's very compassionate, it's very patient-oriented," Dodd said. "I think so far the employees are embracing what we bring to the table and I think the community will as well."

Monday was one of two orientation sessions for new and returning Tulare employees, including Andrea Jackson, an emergency room nurse who used to work at the hospital before taking a job with Adventist Health in Selma.

Jackson says she left TRMC because she wasn't being paid on time and her checks were bouncing.

That was under the management of Healthcare Conglomerate Associates, or HCCA.

HCCA is still under criminal investigation by the Tulare County District Attorney's Office.

"I'm looking forward to seeing some of my old co-workers, new (ones)," Jackson said. "I'm just excited to be back at home, just to drive three minutes instead of 45 minutes to work."