'This collision was avoidable', Fresno Police arrest DUI driver they say injured a woman and her 3-year-old twins 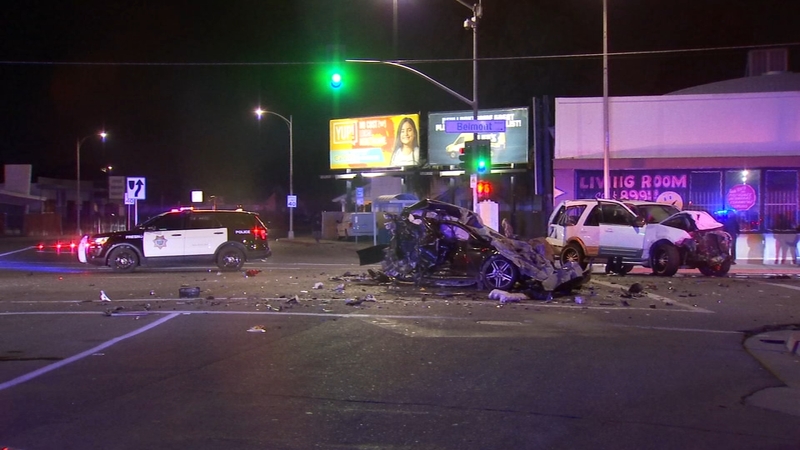 According to the Fresno Police Department, just before 8 p.m. Sunday, a mother and her three-year-old twins were stopped on Belmont Avenue behind a Producers Dairy truck waiting for it to make a southbound turn onto Palm Ave.

Police said that's when 47-year-old Ray Anthony Pittman rear-ended the vehicle with the mom and young kids inside.

The three were taken to the hospital. The mother and three-year-old girl had moderate injuries. The three-year-old boy remains in critical condition.

Fresno Police gave Pittman a breathalyzer at the scene and determined he was driving under the influence of alcohol at more than twice the legal limit.

Gregorio Cobarrubias owns LaPosta Mexican Restaurant on the corner of Palm and Belmont Avenue in central Fresno and said crashes are common at that intersection.

"First of all, this collision was avoidable," said Lt. Rob Beckwith of Fresno Police Department. "Clearly, alcohol played a factor in this. The investigators on scene did not see any evidence that there was pre-impact braking, which would lead us to believe that the speed at impact was high."

The Fresno Police Department is investigating the crash. They're reminding drivers to never get behind the wheel when you're under the influence of drugs or alcohol.

"Drinking and driving is not a good combination, and there are consequences. Not only are there consequences for the driver, but you can just look at what happened last night and it's just, it's typically tragic results." said Beckwith.

For Cobarrubias, who works near where the crash happened, he hopes drivers will be safe on the roads.

"Slow down, be careful because there are plenty accidents here," said Cobarrubias.