The Fresno Police Department says there is not a current credible threat against the school district.
KFSN
By Jason Oliveira 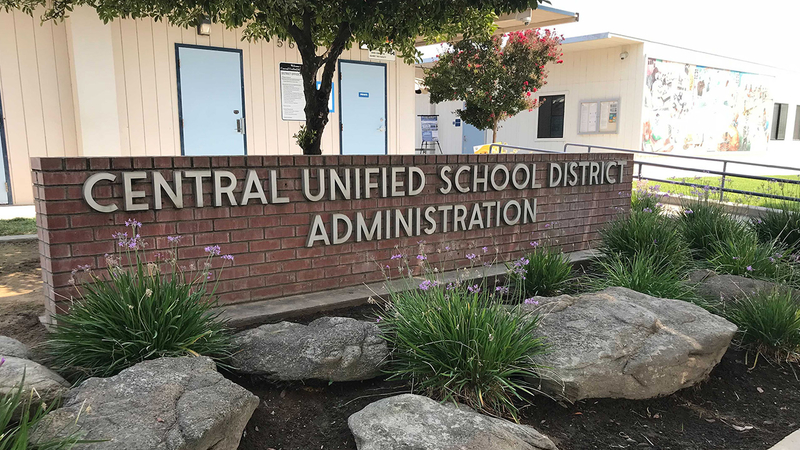 FRESNO, Calif. (KFSN) -- Students at Central High's East campus were let out early Friday after administrators learned about a possible threat of violence at school.

"There have been a lot of events going on," says acting superintendent Ketti Davis. "We've been working with the police department on that and when they're noticing issues in and around our students, we just take a careful eye, take a close look at it and we believe this is the right thing to do right now."

Friday morning, Fresno police received a tip of a social media threat on the East campus.

Detectives do not believe the posts to be credible but administrators decided to dismiss class out of an abundance of caution.

"At this point in time, we haven't been able to confirm that there was any threat whatsoever other than silly messages posted that shouldn't have been posted," says Fresno Police Chief Paco Balderrama. "We are trying to link to whatever statements were made to any recent violence that may have occurred in our city."

Concerned parents rushed to campus to pick up their students after the district alerted families of the threat and early dismissal.

"That is an excellent decision to cancel classes and let us know, let the parents know because nowadays, you just can't take everything like to bypass it," says Sunny Roberts.

"You're kind of nervous thinking is something going to happen, is my kid going to be okay," says Par Deep. "Luckily, she had her cellphone so she was keeping me in the loop."

"To me, the losers are the kids because they won't be able to make memories, to play their football games because of something that's going on on social media," Balderrama said. "We really hope to come up with a more comprehensive plan so we can address this in the future."