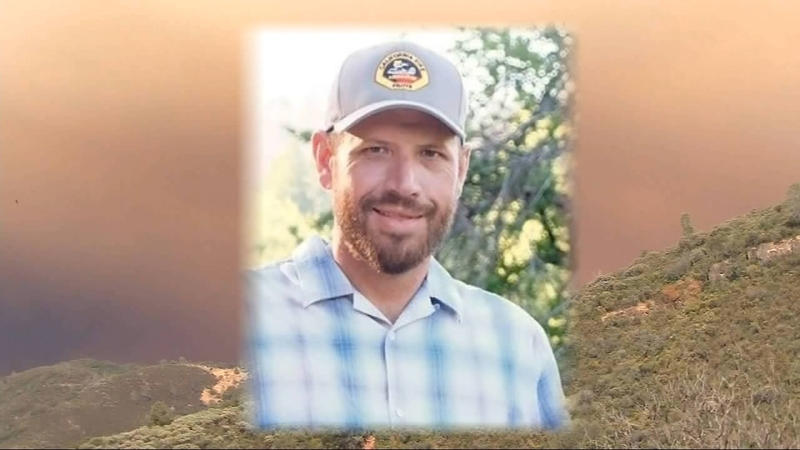 CLOVIS, Calif. (KFSN) -- Most of the players on the field have never met Braden Varney, but they have heard all about him.

Families say they braved the triple-digit heat and smoggy air for a man who gave up much more.

"When their coaches talk to them, hey this is why they are here. It hits home a little more because they are not just playing for themselves. They are playing for Cal Fire," said father of son playing in tournament Chad Rhyman.

The charity baseball tournament is called 'Scorcher in the mountains." The original plan was to donate proceeds to Cal Fire.

Organizers heard about the Ferguson Fire and loss of Braden Varney.

"It's important to give back and we just wanted to have an opportunity to something that was worthy," said Rick Helgeson.

Varey was a second generation firefighter from Mariposa.

He was trying to cut a fire break on his dozer when he died. Varney left behind a wife and two young children.
"When you lose someone it's rough, everybody feels it. It's nice you see all these folks come out," said Rhyman.

The tournament almost didn't even happen because of the fire.

Hazardous air quality in Oakhurst had organizers scrambling for a new venue. Luckily, Clovis Unified and other groups stepped in.

"We know all about the fire and the sacrifices they make every day," said Ryan Hennecke.