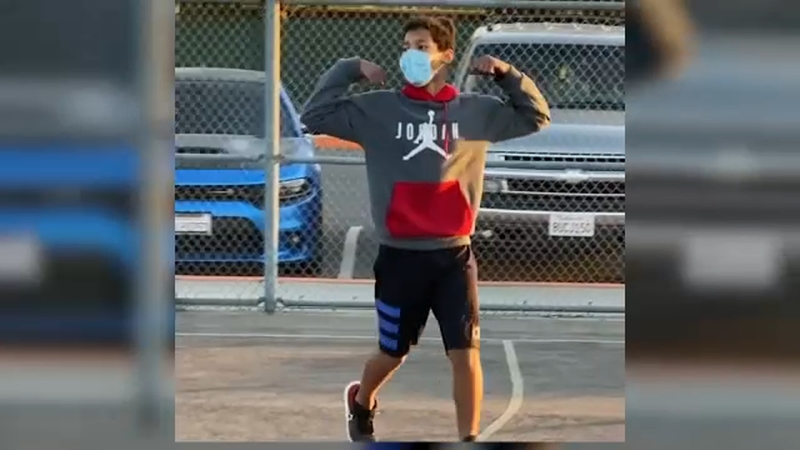 FRESNO, Calif. (KFSN) -- Jabari Gomez is back on the court alongside the team he considers family just months after the 13-year-old was shot.

Gomez says he's made a full recovery with no lasting symptoms.

Action News spoke to Gomez and his mother via Zoom just days after the teen was shot last November.

He says there was rising tension between him and the shooter after Gomez tried to stop him from throwing rocks at a nearby transient.

Gomez remembers the dispute almost turning physical until he says the shooter pulled the trigger.

"The bullet went through my stomach. I couldn't eat or drink for a week," Gomez said.

Meanwhile, Gomez spent a couple of weeks in the hospital slowly recovering.
Meanwhile, his team called DRIP with the JMJ basketball youth organization was raising money for the family as they healed.

If you would like to donate, you can visit the team's PayPal.

"We were coming together as a community. We were getting food and clothing items. For him to bounce back, it gave us a lot of courage and strength, " JMJ basketball coach Jermaine Jones said.


Jones called Gomez a natural-born leader with a strong spirit, qualities he said came into play as he pushed toward a full recovery.

"That's my second family. They cheer you on, and it feels invincible. God gave me a second chance and I'm going to live it to the fullest," Gomez said.

He now plans to use his second chance to pursue his dream of making it to the NBA.