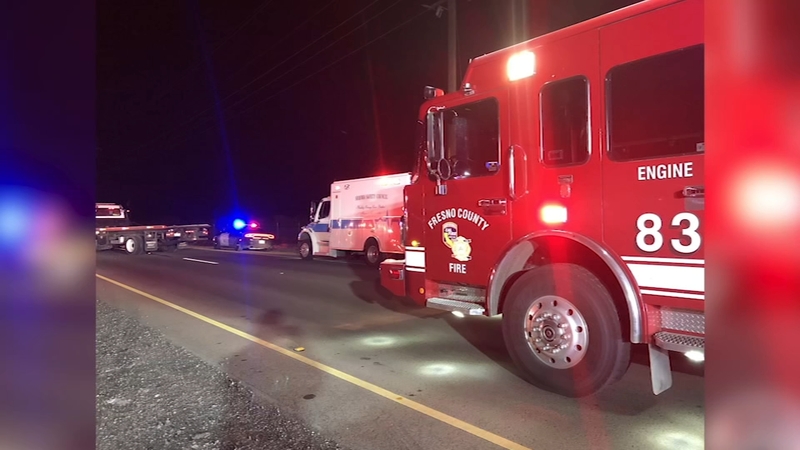 He bonded out of jail on Tuesday afternoon.

Multiple people were injured after a suspected drunk driver caused a crash involving four vehicles, including a big rig, in Fresno County.

Authorities responded to the area of Manning Avenue and Zediker east of Parlier just after 9 p.m.

California Highway Patrol officers say the 30-year-old man was driving 80 to 90 miles per hour when he rear-ended an Audi SUV, sending it into the opposite lane, causing another crash.

Firefighters say, ten people, including four children, were transported to local hospitals, but their conditions are unknown at this time.

The driver was transported to the hospital for injuries. He is facing felony DUI charges and did not have a license.

The roadways have been reopened.