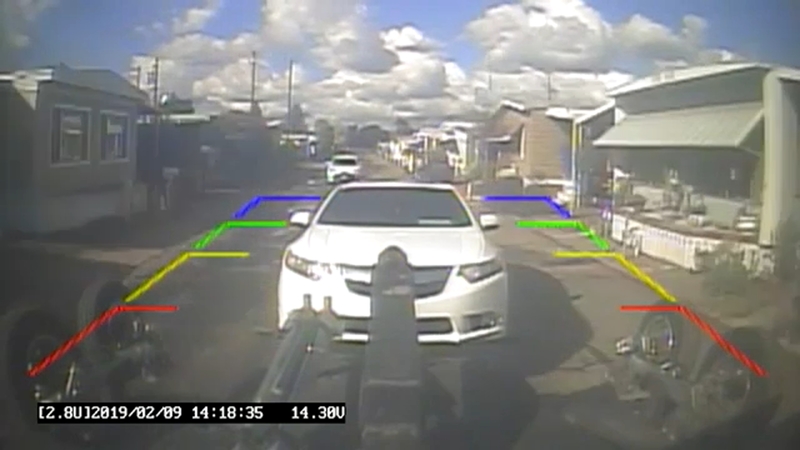 CLOVIS, Calif. (KFSN) -- A Clovis man landed in the hospital after a confrontation with a tow truck driver, and now he's suing over what he calls a hit and run collision.

Jeremy Ralls showed up just a little too late to stop the tow truck driver from taking off with his sister's car.

Surveillance video from the West Coast Towing truck shows the truck pulling away.

But Ralls didn't give up.

He popped out onto the driveway on the other side of the trailer park and stood in the truck's pathway.

A jury will decide what happened next, but Ralls says the truck hit him.

He got up and chased it, but landed in the hospital a little while later.

"When my adrenaline started to calm down, yeah, it was hurting," Ralls said. "It was hard for me to breathe, real sharp pain on my left side."

A CT scan revealed a fractured rib and a bruise on his heart.

In a deposition, the driver denied hitting Ralls.

Attorneys for the company says Ralls was the aggressor and the video disproves his version of what happened.

They say it was a legal tow and they have no liability.

Legal analyst Tony Capozzi says it could be a case of comparative negligence.

"The question in this case is "Who's at fault?" said Capozzi. "My impression is both are at fault. But who's more at fault? The plaintiff who's standing in the middle of the street or the truck driver coming at him?"

In addition to the video, Ralls' attorney says they have two witnesses - one of whom said the tow truck driver aimed directly at Ralls.

He says the other witness said Ralls was foolish to stand in the driveway, but the tow truck driver must've known he hit Ralls.

Attorney Jeremy Dobbins said it was "merciless and shocking" to see the collision and watch the driver just smile and drive away.

"They can try to make it about towing the car or comparative negligence, but at the end of the day he was in a giant tow truck and struck a man," he said.