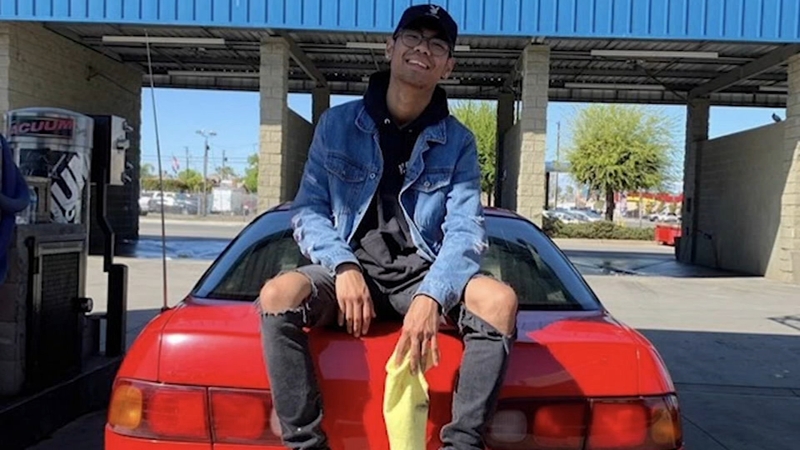 CLOVIS, Calif. (KFSN) -- Alex Ounmano loved working on his car and hanging out with friends. His cousin, Jayvin Saivong says the two were inseparable.

California Highway Patrol officers say the 17-year-old Ounmano was killed during a street race on Highway 168 in the Fresno County foothills near Tollhouse on Wednesday.

CHP officers say Alex and his girlfriend, Anissa Patindol, went to the snow above Shaver Lake Wednesday. On the way home, they say Alex raced two other cars down the four-lane.

Family members say 17 year old Clovis High junior, Alex Ounmano loved working on his car and hanging out with his friends. He was killed after CHP officers say he crashed into a mountainside while racing down the four lane Wednesday. pic.twitter.com/xCO9tNqj10

"Definitely a very high rate of speed and a violent collision into the mountainside," said Mike Salas with the CHP.

Alex died at the scene. Anissa is in the hospital and is expected to survive.

At Clovis High, where Alex was a junior, school officials decided it was best to use a video to notify the student body about the tragedy.

"We are going to be recording a video message from one of our school psychologist that will be delivered to students, so they see that that empathetic face and they feel the compassion," said Kelly Avants with Clovis Unified.

Witnesses at the scene ran up to try to save Alex, but his injuries were too severe.

Investigators say both he and his passenger were wearing their seatbelts, but were ejected out the rear window and landed more than 100 feet away.