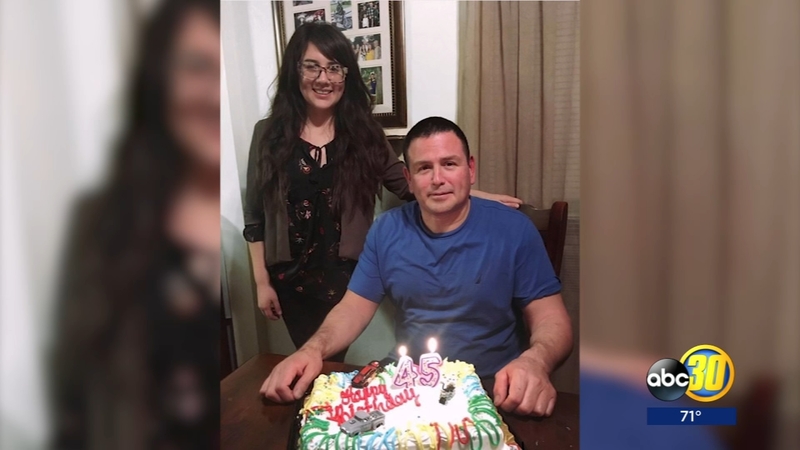 FRESNO, Calif. (KFSN) -- A family is mourning after the loss of their father -- 47-year old James Soto -- who was found dead in his car four days ago.

Fresno Police tells us Soto was shot in his upper torso.

Now, investigators say they believe he was murdered days before his body was found.

His only daughter opened up to ABC30 about the type of person her dad was.

"He was such an outgoing person, so loud and so friendly," says Stephanie Soto. "It wasn't my dads time. My dad was only 47 years old, he had me when he was 20 years old. It was not his time to leave at all. So I just want whoever this is to see this -- and see their daugher in me, see their sister in me, see their relative in me and understand you hurt me, your hurt my family."

Soto says her father was not involved with any gangs, and he was an H-Vac contractor.