The officer jumped out of the way and pulled the suspect to safety.
KFSN 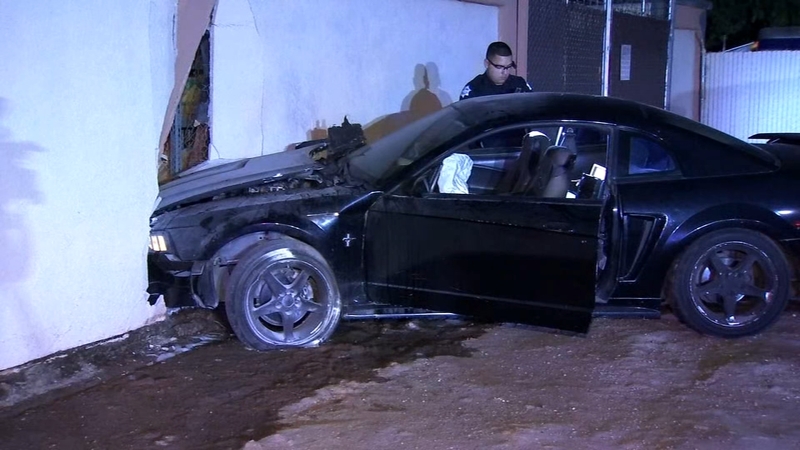 FRESNO, Calif. (KFSN) -- A driver is in jail Monday morning, accused of trying to hit a Fresno police officer who was detaining another suspect.

It started after midnight when police responded to 911 reports of a suspicious person looking into cars on Sierra and Blackstone Avenues in north Fresno.

When officers arrived, they found and arrested that suspect. They handcuffed the man and sat him down on the curb for questioning.

Moments later, a black Ford Mustang came out of nowhere and drove quickly toward the officer and the suspect.

"The officer illuminated the car, told the driver to stop. For some reason, the driver ignored his commands, and it appears he tried to run the officer over and knowingly tried running over the suspect who was being detained," said Fresno Police Lt. Sean Biggs.

The officer jumped out of the way and pulled the suspect to safety.

The driver of the Mustang sped off from the area. He eventually crashed into a nearby Derrell's Mini-Storage.

The man fought back as officers tried to arrest him, and he was eventually taken into custody.

Police say the driver is in his 60s, but they did not release his name.

Detectives are working to determine why he drove his car toward the officer and suspect.