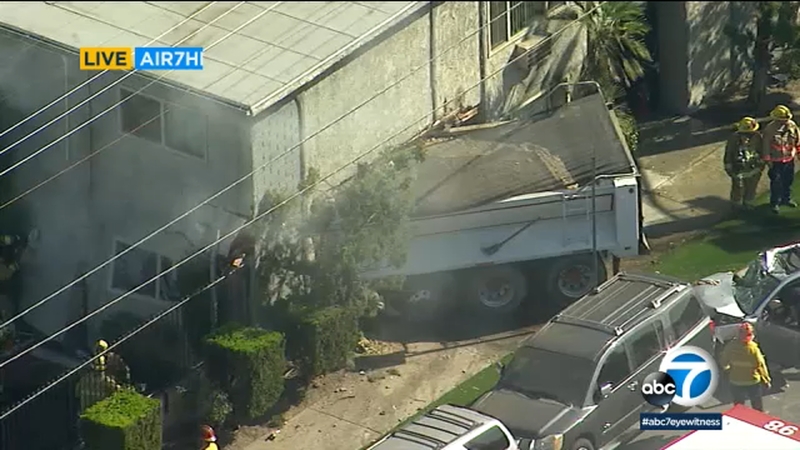 PACOIMA, LOS ANGELES -- A dump truck slammed into an apartment building in Pacoima Tuesday afternoon, with nearly half the vehicle ending up lodged into the structure.

Firefighters were seen quickly cutting open the wall of the building, possibly in an effort to free someone inside.

After cutting open the wall, a firefighter climbed inside the building to look for anyone trapped inside.

After the search, firefighters learned that a resident of the building who was initially described as missing was at work at the time of the crash. Firefighters continued searching through the wreckage.

Several injuries were reported at the scene. A car parked on the street also incurred heavy damage.