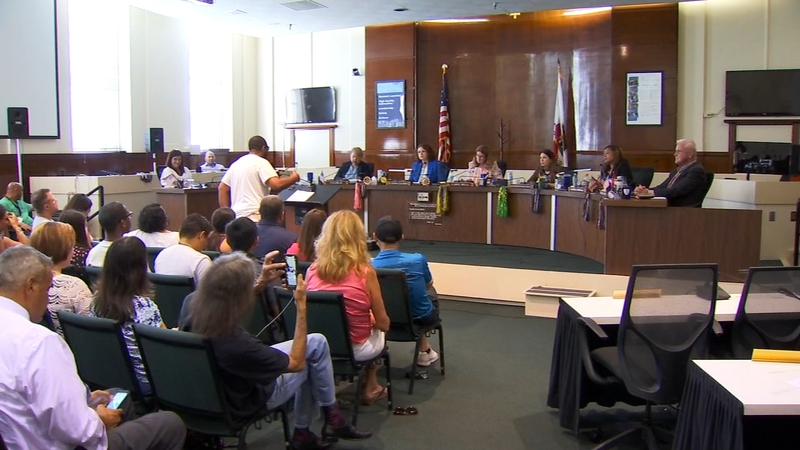 FRESNO, Calif. (KFSN) -- Fresno Unified Trustee Terry Slatic is under fire after parents and students say he went to the Bullard High School campus unannounced and threatened the squad if they were to speak about the recent "Blackface" video.

In a special board meeting Thursday night, the rest of the trustees decided to move forward with requiring Slatic to visit a school campus with an administrator, and also start the process rolling for a possible censure.

"I don't think he's fit for this position, I hope voters of his district will recall him," said FUSD Trustee Veva Islas.

Michael Shirinian says his stepdaughter is a cheerleader and was appalled not only by Slatic's actions but also from the lack of transparency.

"The next day after this incident, everybody, not just parents, but students were told not to say anything. They were forbidden," said Shirinian.

Shirinian says the day of the incident, he saw teen girls sobbing as they left the campus.

Bullard High cheerleaders at the meeting held onto each other as they described the incident.

"It's ridiculous you would allow this, I shouldn't be speaking up as a 14-year-old girl for a girl that did 'blackface,'" said one Bullard cheerleader.

Folks in the crowd were expecting an apology, but instead, Slatic says he wants transparency on several other issues within the district.

He also stands by his decision to confront the squad about bullying the girls in the blackface video.

"Do they like the tone I used? I would speak to them like I spoke to my priest or grandmother. I spoke them to as elite athletes," said Slatic.