'Avengers: Endgame': What to know before new Marvel film 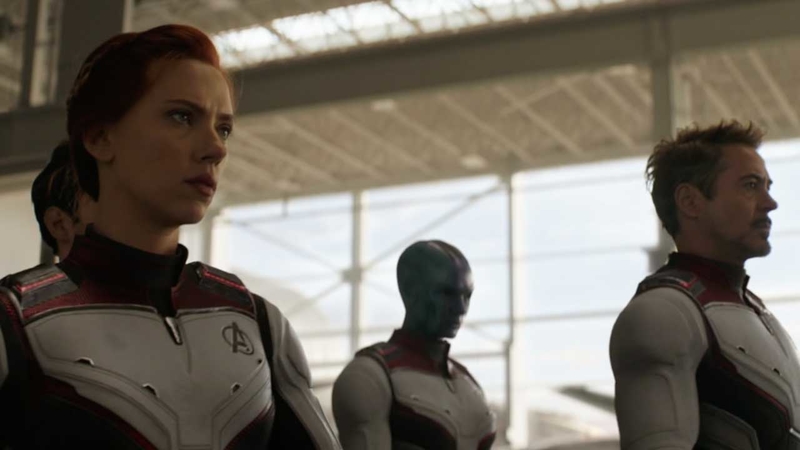 What to know about 'Avengers: Endgame'

The super countdown is on: Avengers: Endgame, one of the most highly anticipated movies of all time, hits theaters at the end of the month.

Here's everything you might be wondering ahead of the movie. For the convenience of spoiler-averse fans, all plot questions are at the end past the spoiler warning line.

When will Avengers: Endgame be released?

The superhero epic hits theaters Friday, April 26 with select showings on the evening of Thursday, April 25.

How do I get Avengers: Endgame tickets?

Tickets are available from Fandango, AMC and other movie retailers. Many fans set their plans last week when tickets first went on sale and broke the internet -- and pre-sale records.

What is the runtime for Avengers: Endgame?

The runtime for the film is rumored to be about 3 hours long, prompting Robert Downey Jr., who plays Iron Man, to joke that you should pack a bagged lunch.

What Marvel movies are coming out in 2019?

The Avengers installment is sandwiched between two Marvel Cinematic Universe films that are more centered on one character. Captain Marvel, which came out last month, takes place in the same universe but is set in the 1990s. The verdict's still out on where it falls on the timeline, but Spiderman: Far from Home hits the big screen this summer.

What is the Marvel movie release order?

There are a grand total of 21 films in the Marvel Cinematic Universe to come out before Endgame. They are, in release order:

Where does the plot of Avengers: Infinity War leave off?

Infinity War ended with half the universe's population turned to dust after Thanos collected all six Infinity Stones and snapped his fingers. As the trailers show, Endgame will pick up after that.

Here's the first trailer from late last year, which was the most viewed trailer within the first 24 hours ever.

Watch the first trailer for "Avengers: Endgame," which Marvel released on Friday, Dec. 7, 2018.

What is the plot of Avengers: Endgame?

In an additional new scene that premiered on Good Morning America this week, we see that the heroes decide to try to get the Infinity Stones and use them to right Thanos' wrong. Our best guess is that the plot will center on these efforts, but as Infinity War proves, anything could happen.

Which Marvel movies should you watch before Endgame?

It's hard to say exactly which films are must-see because just about every character in the vast cinematic universe could wind up being relevant to the plot. However, you can safely bet that Avengers: Infinity War is required viewing before this film, as they were originally billed as parts one and two of the same story before Endgame got its own name.

As Captain Marvel is poised to play an important role in stopping Thanos, her titular film, which is still out in theaters, is worth watching to get to know the new hero. Since Ant-Man (Paul Rudd) was not in the last Avengers movie, you should at the very least watch the mid-credits scene from Ant-Man and the Wasp to find out where his story leaves off.

What does Captain Marvel have to do with Avengers: Endgame?

We know from the latest trailer and from the mid-credits scene of Captain Marvel that Carol Danvers has returned from her space travels to lend the Avengers a hand. There's still plenty of mystery surrounding the hero's story though, such as: What has she been up to since the 1990s?

She gave something of an answer in the new clip, explaining to the Avengers, "There are a lot of other planets in the universe, and unfortunately they didn't have you guys." That doesn't answer, though, why she doesn't seem to have aged much in the decades since the events of her film. There's also the matter of what Captain Marvel will do to try for a different outcome with the Infinity Stones this time around.

What are the popular theories about what will happen in Endgame?

There are plenty of fan theories circulating on the internet, but one bizarre theory got so much attention that it started trending on reddit was the idea that Thanos could be defeated if Ant-Man shrank down small enough to fly inside of Thanos and then expanded. This idea generated some predictably silly memes and potty humor by Thanos (Josh Brolin) himself.

When asked about it by Fandango, co-director Anthony Russo tactfully explained that he and his brother Joe love how fans get invested enough to come up with these theories:

"Look, we were fans long before we were filmmakers in the MCU, so we understand that point of view of participating in the narrative as a viewer and loving these characters and thinking about all the possibilities about where these characters can go, and really understanding their experiences and their journey. So yeah, the fact that the fans are enthusiastic about participating at that level is amazing. That's the best place to be."

Who is in Avengers: Endgame? Who is alive and who is dead?

Perhaps the most spoiler-inducing question surrounding this movie is: Who is actually in it? While we can't know for sure, Marvel has released posters for a plethora of characters who may or may not prove important, sorting them into two groups.