The new generation of Entenmanns pioneered the use of "see-through" cake boxes to lure shoppers.
WABC 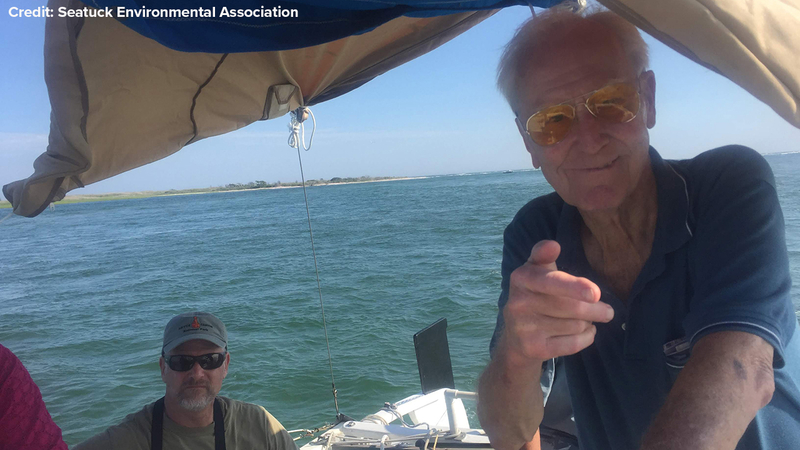 NEW YORK -- Charles Edward Entenmann, who helped turn his family's New York-based bakery into a national brand, has died in Florida at age 92.

Entenmann died Feb. 24 in Hialeah, surrounded by his surviving children, according to his obituary.

Charles E. Entenmann was a grandson of William Entenmann, a German immigrant who founded a bakery in Brooklyn in 1898, delivering baked goods door to door.

The business moved to Long Island, and the founder's son, William Entenmann Jr., took over.

"After serving in the Army, Charlie, along with brothers Robert and William and mother Martha, took the family business, Entenmann's Bakery, to grocers across America," the obituary reads.

The new generation of Entenmanns began delivering to supermarkets and pioneered the use of "see-through" cake boxes to lure shoppers.

After expanding Entenmann's nationally in the 1970s, the family sold the business to pharmaceutical company Warner-Lambert. The brand has been sold several times since then and is now owned by Bimbo Bakeries USA.

"His greatest legacy is the impact he has had," YMCA Long Island President and CEO Anne Brigis said. "Bay Shore and Long Island have been transformed because of his incredible philanthropy."

"One summer he had become a grandfather, and he was really very focused on kids and families," Brigis said. "And that year, I said, well, Charlie, we're fully subscribed, all the classrooms have waitlists, and we need more childcare space. And so we went to lunch, and he said at the end of lunch, he said, Anne, I'm going to give you a million dollars, and you can build a childcare wing for the facility."

Donna Moravick is the executive director of South Shore University Hospital in Bay Shore, another facility to directly be impacted by Charlie Entenmann's generosity. With his brothers, he endowed Southside Hospital, as it was then called, with a gift to establish the Entenmann Family Cardiac Center.

"I will never forget eating an Entenmann donut at 3 in the morning in the middle of the night shift with a cup of coffee," she said. "The Entenmann family is beyond generous. But it is more than just money, it is having that human factor. It's being kind. And this family absolutely believes in doing the right thing for the right reason."

Charles Entenmann moved to Florida in the 1980s and founded Biolife LLC, which created technology to help seal wounds.

In his retirement, his passion for advancing a limitless energy source led to the development of a self-sustaining power cell at his Biosearch, LLC, research lab.

"Nobody knows how he got so smart. He never went to school," his son said. "I don't think he ever forgot anything he read."

While Entenmann's cakes and pastries have tempted generations of Americans to break their diets, Charlie Entenmann was not among the devotees, his son said.