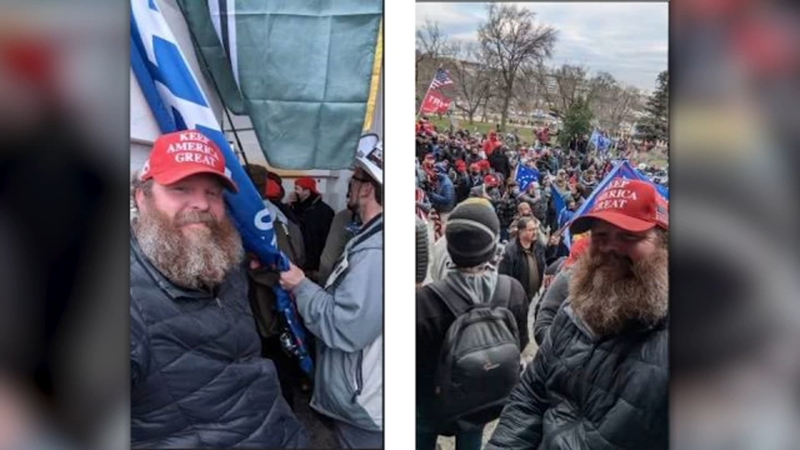 Court documents show a tipster watching ABC30 spotted Martin in the crowd and sent screenshots of him to authorities.

The tipster also identified a Facebook page where Martin had posted videos about being in D.C. during the siege.

Investigators got a search warrant for the account and found Martin has been making plans to meet with someone known to the FBI to have advocated for violence leading up to the insurrection.

Other videos privately shared on his Facebook page, as well as surveillance videos from that day, show Martin inside the Capitol building and appearing to keep doors open while an officer tries to close them.

In his interview with investigators, Martin admitted he was in Washington for President Trump's rally but denied any wrongdoing, claiming he was trying to calm others down.

Martin had previously been detained by police in Fresno in January for leading anti-mask demonstrations at the Sprouts and Trader Joe's locations in north Fresno, blocking the entrances and entering the store without a mask and refusing to leave.