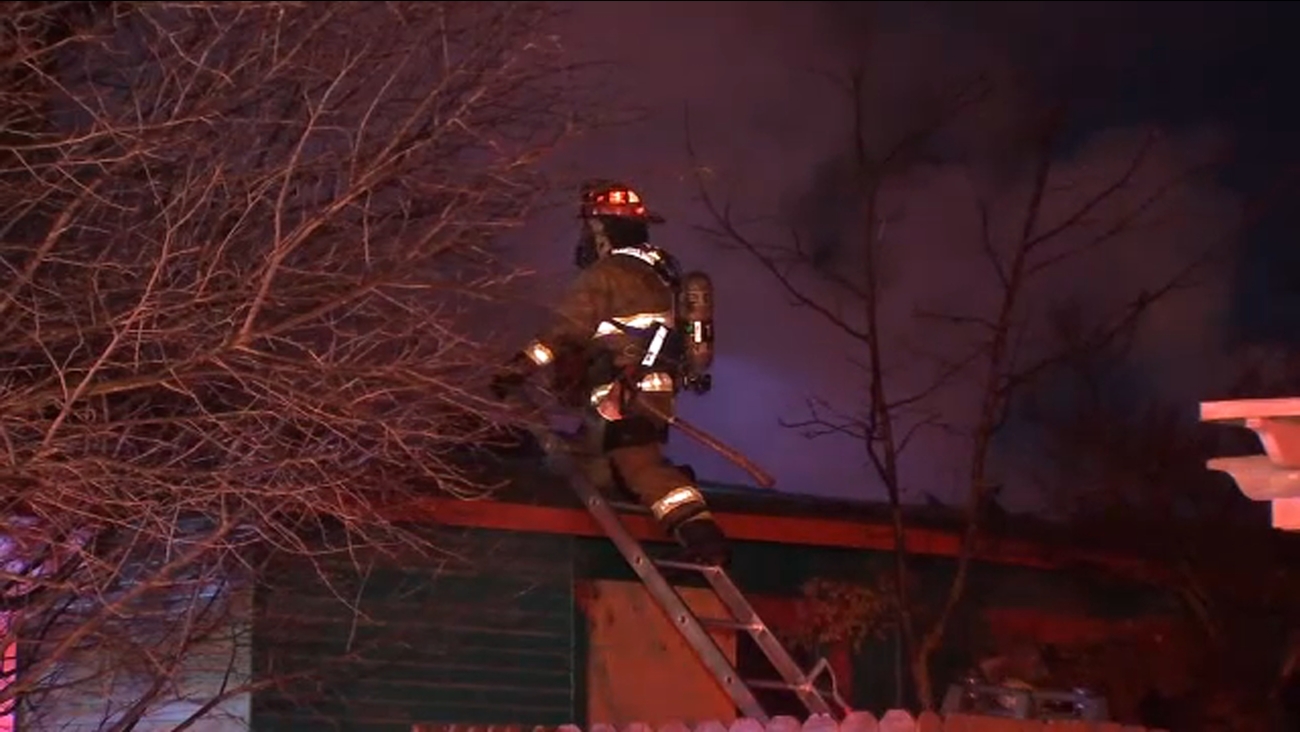 FRESNO, Calif. (KFSN) -- Firefighters are working to determine what sparked a fire at a vacant home in central Fresno on Tuesday morning.

Crews responded to a house on Arthur near Olive Avenue before 4 am.


Officials say the house appeared to be vacant, so crews began attacking the flames with water.

Neighbors reported the fire had spread up an exterior wall and into the attic.

Firefighters say the house had two roofs, which has made it difficult for crews to stop the smoldering flames. They were able to prevent the fire from spreading to nearby homes.

Crews are now working to remove the first roof layer to douse the fire completely.


Investigators say there was a lot of debris outside, and they believe there was homeless activity in the area that may have led to the fire.