KFSN
By Corin Hoggard
FRESNO, Calif. (KFSN) -- Justice seemed close for a teenager and her family in early 2018.

The softball coach who manipulated and molested her when she was 15-years-old admitted to two felonies.

In court documents dug up by Action News, the girl said Christopher Ybarra, also known as Chris Freitas, started grooming her in the eighth grade and even extorted her for sex.

She told police she thought the coach would stop playing her if she didn't submit because he implied he could move her to back up on the field.

Ybarra pleaded no contest to charges that could force to register as a sex offender for life.

But he entered his plea to a retired judge, Judge John Gallagher, and a new rule limits how much-retired judges can work. Judge Gallagher has already reached the limit.

Legal analyst Tony Capozzi said, "If he (Ybarra) can't go before that same judge because that judge is precluded from coming back because he's served the full amount of time he can serve as a retired judge, then something else has to be done."

Judge Gary Hoff said he'll try to get a waiver for Judge Gallagher to hand down the punishment.
Otherwise, the case could go back to the start.

Punishment now delayed until at least March while the presiding judge tries to get an exception for Judge Gallagher.
Judge Hoff allowed media coverage today and reissued a criminal protective order that expired because it’s been so long. pic.twitter.com/xD2LMECUV3

Ybarra has also consistently tried to prevent cameras from recording court proceedings, arguing the media coverage could affect his children.

The 34-year-old didn't get his wish from Judge Hoff Tuesday, and Capozzi says the victim should have a say in whether cameras cover the punishment when it happens.

"I don't think this defendant has a right to keep a camera out if a judge okays it because this is not a trial. This is merely a sentencing. The case is going to be resolved as soon as the sentencing takes place. No one's going to be prejudiced in terms of testimony that's given," Capozzi said.

Ybarra's deal with Judge Gallagher called for a 2-year sentence, but he'd serve probation instead of prison time. 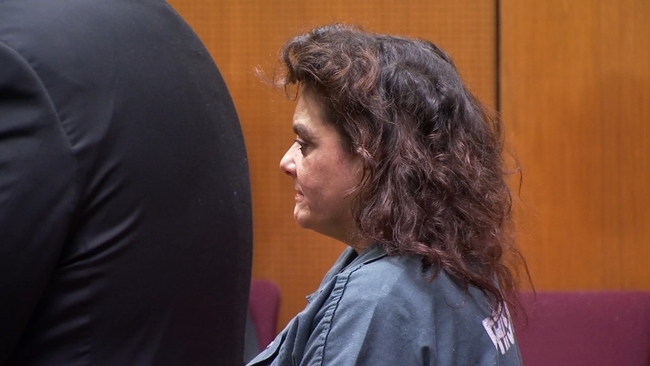