Fresno boy dies after being trapped against electrified fence

KFSN
FRESNO, Calif. (KFSN) -- Victoria Antunez's grief is shared and felt by everyone who knew her son, Adrien.

"I can see he had a lot of friends, little friends, big friends, all kinds of friends," said Antunez's.

Many of those friends were playing with him in this very same parking lot Thursday--the day he got stuck between an electrified fence and a concrete wall while trying to retrieve a ball.

"Everybody was trying to help him get out but nobody could get him out," said Cowens.

"This boy was 12 years old, he had a whole life ahead of him -- he just started 7th grade, just, and all he wanted to do was play," said Cowens.

Fresno Police call it a tragic accident, but the city says there is more to it. Code enforcement took a look at the fence and noticed exposed wires, installed to power surveillance cameras without permits or even an inspection.

The city says the illegal wiring energized the fence and the property manager was cited for it, Monday.

Legal Analyst Tony Capozzi says that is grounds for a lawsuit.

"If they can show that the death of their child was related to the wire that was put there, the electrocution, which is pretty obvious, they're gonna win their lawsuit, there's no question about it," said Capozzi.

"Sad because it could be my son, my daughter or one of my nephews because they play right there."

Several others also said the playground at the villa margarita apartments locked down early and Adrien's mom, Victoria says the kids were forced to play in that part of the parking lot. She plans to take legal action and get justice for her son.

"I don't want any mother or any son to suffer what my son suffered or anyone to feel what I'm feeling," said Antunez's.

The power to the faulty wiring has since been shut off and the city says it will have to be fixed by Friday or a fine will be issued.
Report a correction or typo
Related topics:
fresnoshockplaygroundaccident
Copyright © 2020 KFSN-TV. All Rights Reserved.
SHOCK
2 Bay Area women linked to 28 siblings following DNA test 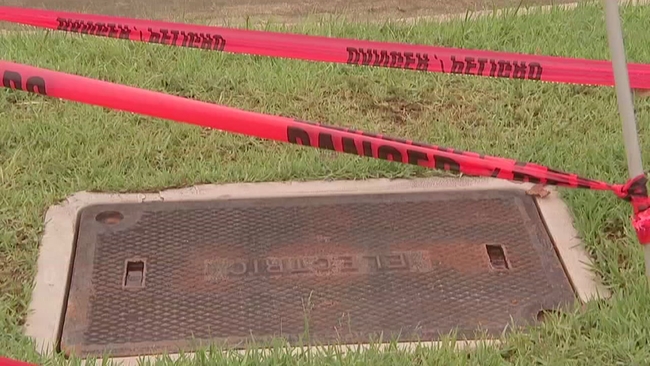