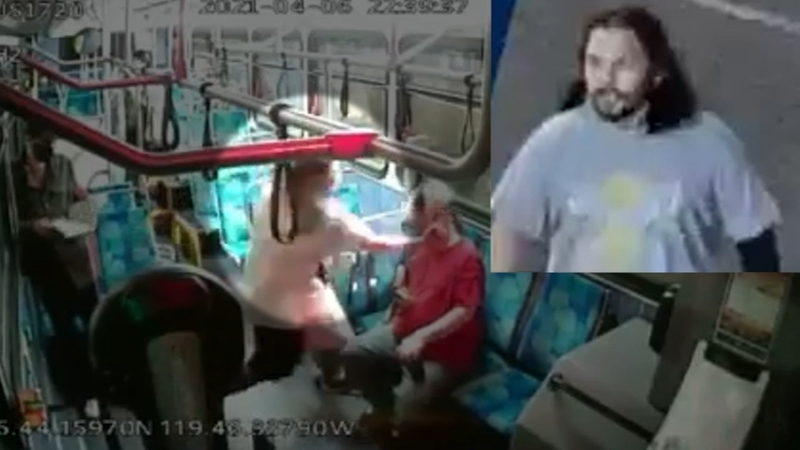 FRESNO, Calif. (KFSN) -- The man arrested for an unprovoked attack against a disabled Fresno bus passenger didn't make it to his first court appearance in the case.

The attack came without provocation.

A 42-year-old man with a disability sat on a Fresno bus talking on the phone.

As he put it away, another man pulled the stop cord, stepped back, and attacked the victim, before leaving the bus.

"This could be a misdemeanor. Could be a felony," Capozzi said. "If there's serious bodily injury - and from what happened, it looks like there would be - he's looking at two, three, or four years."

Capozzi says they'll need more than the video to get a conviction on that charge because they'll need to prove the attacker knew his victim had a mental disability.

Police released video of the attack in April, a few weeks after it happened.

They arrested 38-year-old Andrew Garcia for the crime last week.

In an arrest warrant, they say probation officers led them to Garcia when they recognized him from the video.

Officers say Garcia put up a fight when they went to take him to jail.

When it came time to enter a plea to the charges Tuesday, he refused to come to court.

The judge opted to give him another day to think about it.

"I'm not going to put his health and safety at risk nor that of custodial staff," said Judge Jonathan B. Conklin. "I'm going to find that he's voluntarily absenting himself from the proceedings."

Garcia is now scheduled for arraignment on Wednesday.