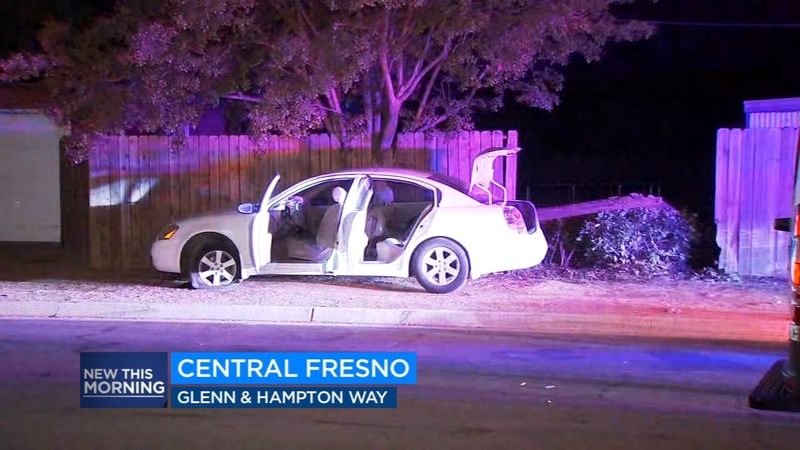 FRESNO, Calif. (KFSN) -- A man in a stolen vehicle led deputies on a chase through central Fresno overnight, authorities say.

It happened just after midnight at Glenn Avenue and Hampton Way, off Blackstone and Ashlan Avenues.

Deputies said they saw the stolen car, but when they tried to speak with the driver, 21-year-old Noah Hernandez, he drove off during a traffic stop.

Hernandez led them on a short chase before crashing into a fence. Police say he refused medical attention and was taken into custody.

Investigators said it was Hernandez's third arrest in less than a month. He faces several charges including, possession of a stolen vehicle and probation violations.