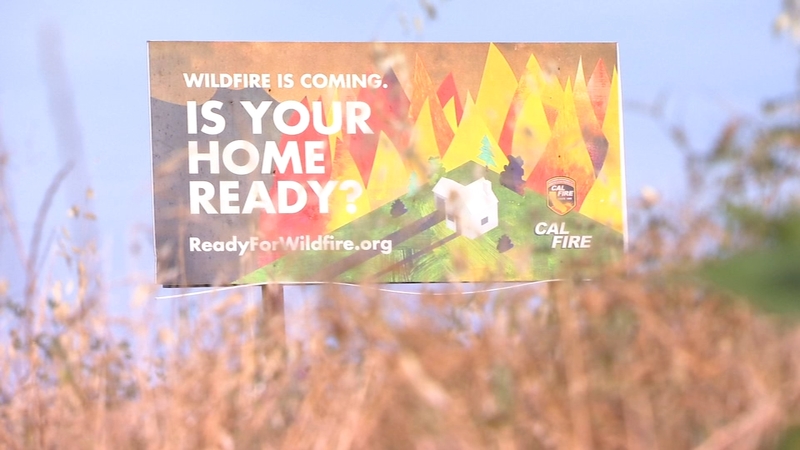 CAL FIRE share ways to protect your home from wildfires

Fire officials are taking steps to remove this fuel and prevent a wildfire while urging folks to take some precautions of their own.

Daniel Brown isn't wasting any time. He says while living in the foothills comes with the views, it also comes with risks -- fire risks.

Brown says he's been helping the folks who live in Oak Creek near Coarsegold by helping to remove tree branches and trim dry brush from their property.

"I keep my chainsaws in there. If I need to cut my trees down, they'll chop them in a heartbeat," he said. "We do what we can to make sure all the brush is cut back. Management does, and they're proactive about it."

CAL FIRE officials say they've identified several high-risk areas and at least 5 of those were in Fresno County.

Some people have been doing burns of their own, but Battalion Chief Brown says the problem is many are not doing it right.

"We noticed several of the fires in the foothill areas started from escaped control burns," he said.

He says controlled burns are currently allowed under 3,000 feet in Fresno County. In Tulare County, burning has is suspended altogether.

CAL FIRE's responded to more than 1,000 fires statewide this year, and Brown says the agency will be receiving new equipment to help with fighting fires.

"CAL FIRE purchased fire helicopters...12 of them," he said. "Those will come gradually over the next few years."

Fire officials ask folks to create a defensible space around their home and follow the guidelines for a safe, controlled burn -- if it's permitted.

As for Daniel Brown, he already has a bag packed with the essentials in case of a fire breaking out.

"You have to always worry about that...so you have to be prepared," he said.