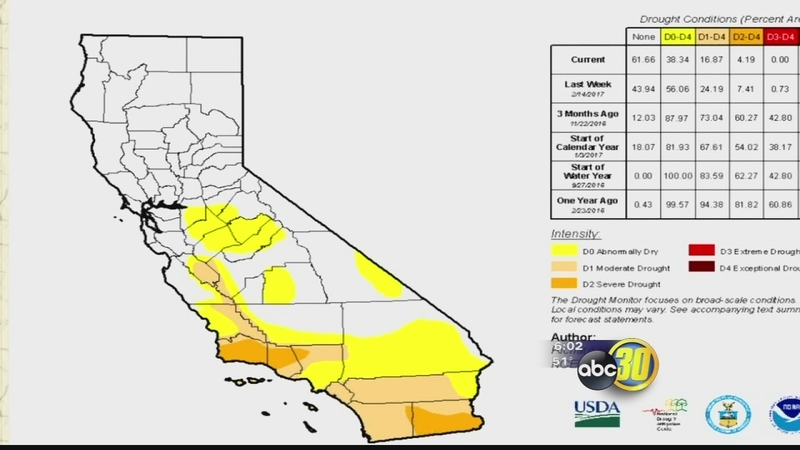 "While we do have a big year right now we're still looking at what happens the next 35 to 45 to 60 days, because anything could change. All that snow pack up there could not be there, so we're still a little cautious," said Thomas Esqueda, Director of Public Utilities.

Under state mandated restrictions Fresno residents have reduced water use by 24-percent-- a big part of that is the city's current restriction to limit lawn irrigation to just one day a week.

The concern now for city leaders is that we could suddenly dry out at a record pace and the city would again be forced to scramble to save water if restrictions are not kept in place.

"Right now the numbers look great, we love them, they're fantastic-- you just never know what mother nature going to throw at us and if she throws something at us that just wipes out that snow pack and has that water running out, untimely, that'll be a concern for us," said Esqueda.

The City of Fresno is taking advantage of all the water we've received in 2017 by storing it in facilities in an attempt to replenish the groundwater."

"One of the challenges we are still suffering from over a hundred years of over drafting the aquifer and the water is still very low down there," said Esqueda.