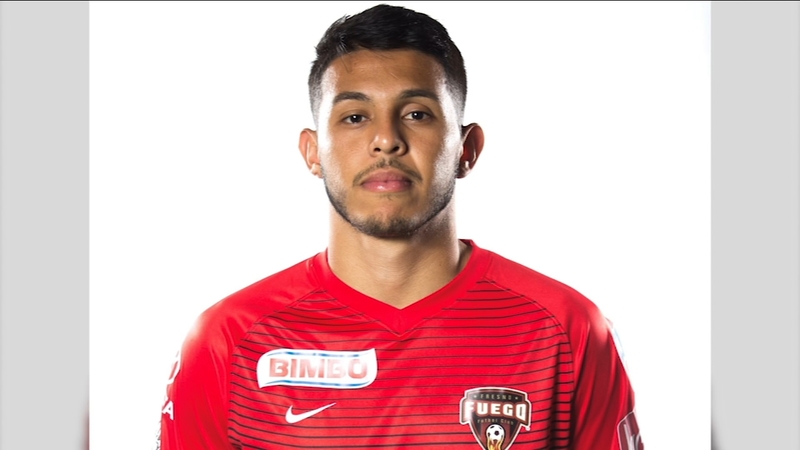 FRESNO, Calif. (KFSN) -- The Fresno soccer community is praying for a miracle for one of their own.

Moises Martinez,24, was a major figure in the sport.

But his family tells Actions News that he suddenly collapsed last week and is now on life support.

Martinez is used to fighting on the field from his time at Selma High School to playing for the Fresno Fuego.

But for the past week, his battle is a much quieter one, at the hospital with his fiancee.

"Everyone was just kind of shocked at that point, just seeing him from our eyes and seeing him lay there," said Martinez's fiancee Juanita Barrita.

It started with a headache while he was at work last week.

Doctors say he had a brain aneurysm and airlifted him to UCSF that same day.

"The doctor said the back of his brain the veins were tangled up," said Barrita."Since he was born with it, it was a bomb waiting to go off."

Martinez's coaches and fellow players have been shaken by the news.

They say Martinez was a talented player -- one of the best strikers they knew.

They've come together to raise more than 15 thousand dollars for his family.

"He would play as hard as he could, would never want to come out of games, even if he was injured and fight for a win," said Martinez's former coach David Norman.

The 24-year-old was about to be a first-time father.

His fiancee is 2 months pregnant.

"I still ask myself why, why him, why couldn't you give him the symptoms, like everyone says only god knows why," said Barrita.

His friends and family are praying for a miracle.