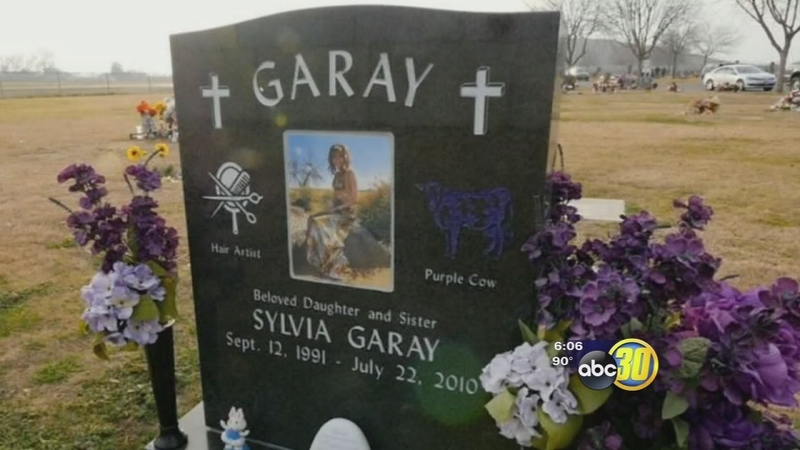 FRESNO, Calif. (KFSN) -- For the first time since Fresno's big Greyhound bus crash, a mourning mother is talking about her daughter's death and about losing her lawsuit against the bus company.

Garay watched for five years as the public perception of her daughter became that of an evil drunk driver responsible for six deaths. But she told Action News she was always convinced her daughter wasn't driving and she went to court not for the money, but trying to vindicate her hard-working and generous little girl.

From the crying child in the white dress, to the young girl in church with her parents, to the teenage cosmetology graduate in the purple dress, Olga Garay got to watch her baby grow into a young woman.

"I had 18 years with her and they were the greatest years of my life and I miss her so much," Olga Garay said.

Sylvia Garay is an eternal teenager now, remembered as a hair artist and purple cow lover on a Dinuba gravestone. Another memorial still grows in her bedroom, which remains otherwise unchanged.

But for Olga, life changed drastically in July 2010 in a mangled mess of metal.

"She died on the 22nd," Olga Garay said. "My birthday's on the 26th, so I don't even want my kids to tell me happy birthday any more because it's very hard. She died four days before my birthday."

Sylvia Garay died, along with Vanessa Gonzalez, Stephanie Cordoba and three people on a Greyhound bus.

But Action News acquired video from earlier in the night showing Vanessa Gonzalez driving. Gonzalez was stone cold sober. Two witnesses said Garay took the wheel for the last leg of their journey. Two others said Gonzalez was driving.

And in a trial against Greyhound, attorneys argued the bus driver was speeding, wasn't wearing required glasses and never took any evasive action even as many other vehicles avoided the overturned SUV.

"If he was paying attention, he could've swerved a little to the side and avoided the accident," Olga Garay said. "And all of them would be here today."

Olga takes comfort in knowing at least some people were convinced. And when friends told her they were sorry for her loss in court, she brushed it off, saying her loss came five years ago.

"If you had the chance to send Sylvia a message right now, what would it be?" an Action News reporter asked her.

"That I'm so proud of her and that I believe she wasn't driving," she said. "That I miss her so much."

Olga has fond memories of her daughter's generosity. She says Sylvia took her to Red Lobster in Visalia on their last Mother's Day together. And with her first paycheck as a hair artist, she took her nephews and nieces to Build-A-Bear.

Olga and her husband returned the good deeds, paying off Sylvia's student loan even after she died.