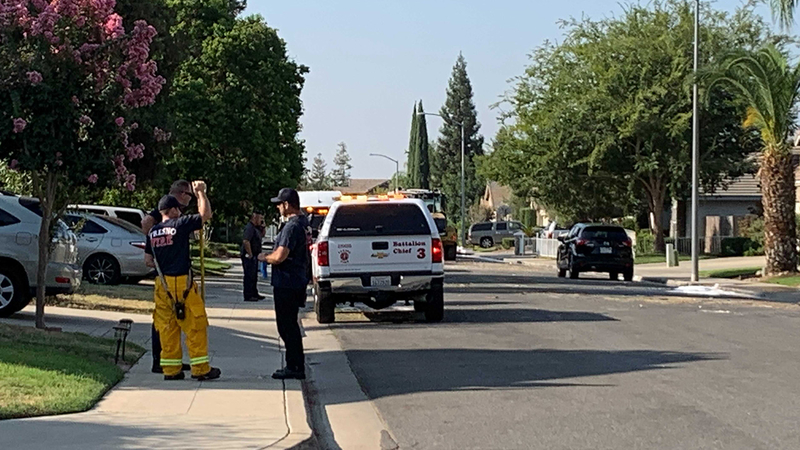 FRESNO, Calif. (KFSN) -- A city worker was taken to the hospital after inhaling a hazardous chemical left during a curbside trash pickup on Tuesday.

That's when workers saw a cloud of vapor after the pile of trash was dumped into the truck.

The Fresno Fire Department's hazmat teams were called to help decontaminate the area.

The neighborhood was closed off while crews washed down the acid, neutralizing it. The area has since been reopened.

Investigators found that someone had left a bottle of pool acid in the trash pile.

The city worker was taken to a hospital for observation. Officials say they are expected to recover.