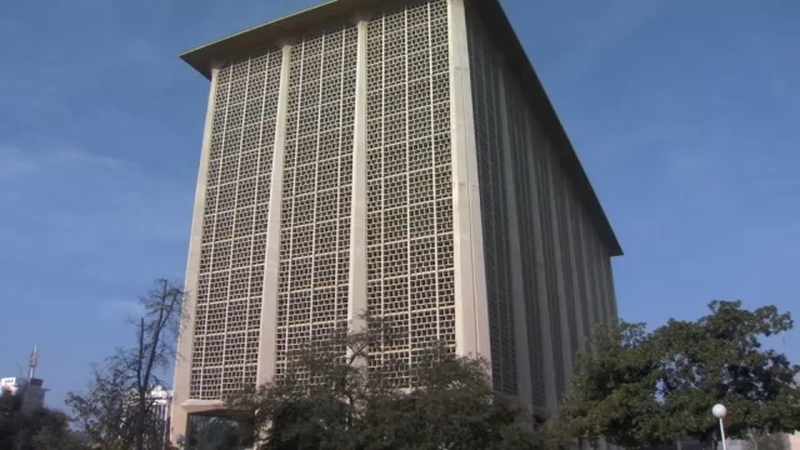 FRESNO, Calif. (KFSN) -- The omicron wave of COVID-19 is throwing a wrench in the wheels of justice, creating serious issues at the Fresno County jail and in the courts.

Very little is getting done in the Fresno County courthouse this week.

Some attorneys are calling out sick. Some important witnesses aren't showing up.

"Two of the officers are on medical leave," public defender Stephanie Negin said in court Thursday as an explanation for the postponement of a preliminary hearing.

Some defendants aren't being allowed inside.

"He's experiencing symptoms," said defense attorney Greg Gross about a defendant who was scheduled for sentencing Thursday. "His brother-in-law whom he lives with tested and he tested positive."

Five courthouse sources who get data every day tell Action News that out of 2412 inmates at the Fresno County jail, only 902 are not in quarantine.

So about 64% of the county's inmates can't come to court.

"With omicron going through the jail like it is, there's just no way of getting the inmates over," said defense attorney Gerald Schwab.

The sheriff's office doesn't give out inmate COVID data, but public information officer Tony Botti acknowledged that "correctional officers who work inside our jail have accounted for the largest amount of recent absences due to COVID."

He said the county's adoption of a five-day quarantine period instead of ten days has helped them keep the jail operation functioning more efficiently.

But attorneys say the justice system can't be efficient when so many inmates are unavailable.

"You can't do anything substantive on a case while somebody's on lockdown," Schwab said. "You can simply move the case, continue with time waivers, but you can't set trials or prelims or move cases along. Just causing a little extra congestion and frustration in the court."

Judges have even had to send some juries home in the middle of trials because of quarantines.

That's exactly what happened in the case of double murder defendant Cruz Hinojosa.

After almost two months in trial and with less than a week to go, the case had to go on hiatus last week because of his exposure at the jail.