Fresno residents won't know until later this week how city council members will vote on a proposal to limit household gatherings.
KFSN City Council President Miguel Arias said the plan for Tuesday's special meeting was to discuss adopting the emergency amendment and not voting on it.

RELATED: Fresno is considering a law against large gatherings, police say they won't enforce it

The meeting was held online, and a couple of residents did comment. The item was tabled for the next meeting.

The proposed ordinance would prohibit residential gatherings of 15 or more people. It would need five votes to pass. 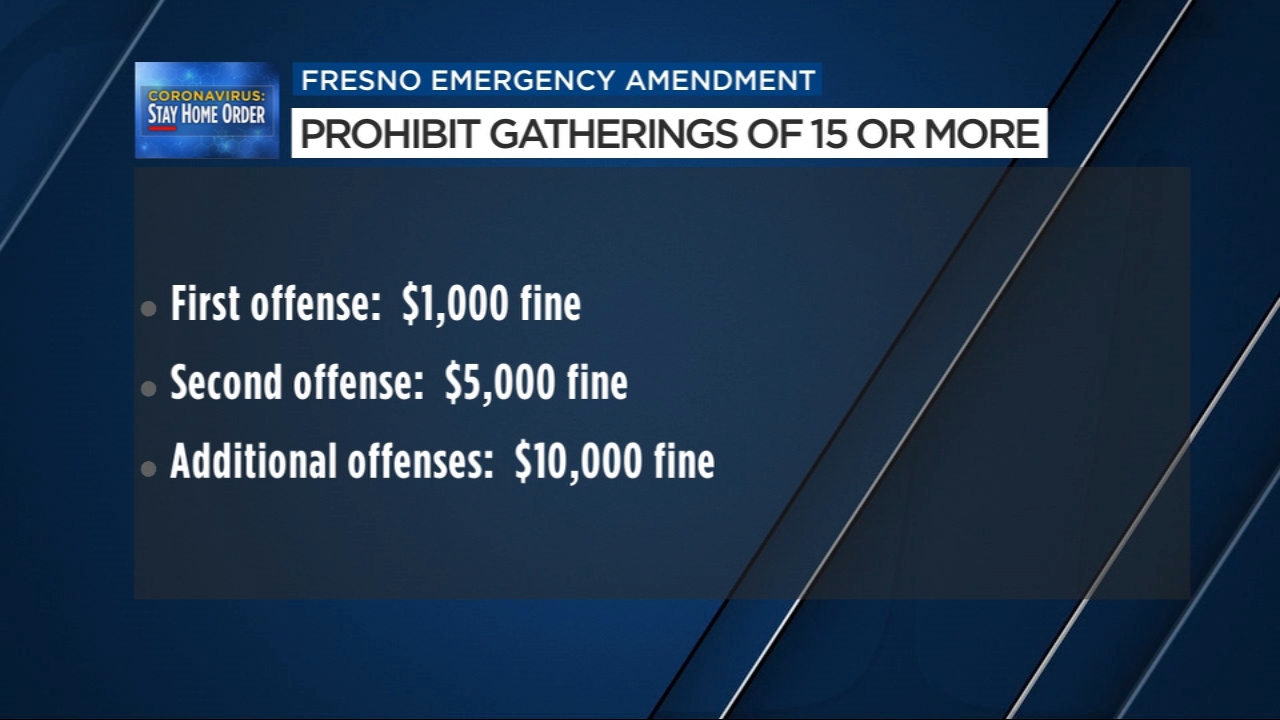 Under the proposed amendment, a $1,000 fine would be issued to the property owner for the first offense and would increase.

Arias said the council decided to push back the discussion to allow for additional research.