Fresno nurse accused of stealing Fentanyl from her employer, doing drugs on the job 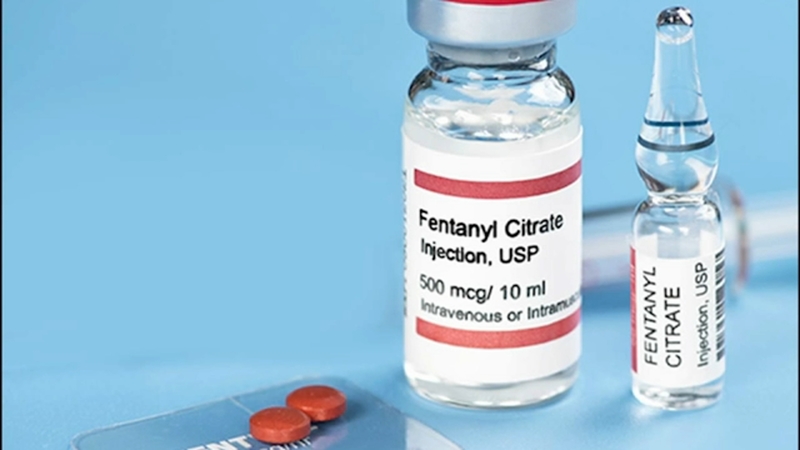 Fresno nurse accused of stealing Fentanyl from her employer

FRESNO, Calif. (KFSN) -- A Fresno nurse is accused of stealing the pain-relieving opioid Fentanyl from her employer.

Testimony in court Wednesday alleged she was using it on the patients, then sneaking off and injecting herself with the leftovers.

It was December of 2019 when the director of nurses at the Ear, Nose and Throat Medical Center in Northeast Fresno was helping do a daily count of the controlled substances when she realized something was off.

"I recall counting with a nurse, counting our fentanyl, and noticing there were several missing," Melissa Vainaukas, the Director of Nurses at ENT Facial Surgery Center testified in court.

This time, the director of nurses had a suspect in mind.

"The last person that had been in the cabinet was Melissa. And so she had came up and told me she needed to leave, she didn't feel well, and as she was leaving, that's when they noticed the vials of Fentanyl were missing."

Investigators said they recognized quickly she wasn't telling the truth and appeared to be under the influence of an opioid.

At one point, detectives asked her to lift up her long sleeves and show investigators her arms.

"She had what we call track marks from her wrist all the way up her arm. On both arms," said Fresno Police Department Det. Dean Cardinale.

Action News was asked not record the detective's face, but he testified that after pressing Galvani she admitted she took the Fentanyl from her work.

She told investigators she used the drugs herself and got rid of the vials in a nearby field.

"She was also administering Fentanyl to patients and then taking the left over Fentanyl, which was in the bottles of these - vials, and going into the bathroom and actually using the Fentanyl inside the bathroom." Det. Cardinale said.

Det. Cardinale said she admitted to refilling the Fentanyl vials with IV fluid so her coworkers wouldn't notice. He said she also told investigators she would tell her coworkers her frequent bathroom breaks were because she was pregnant.

Detectives arrested her for felony grand theft and embezzlement.

She's facing up to three years in prison.

Galvani's defense attorney tells Action News that shortly after her arrest, she enrolled in a rehabilitation and recovery program that includes education and treatment.

He said she's also been complying with random drug testing.

As of Wednesday, Galvani's nursing license was still active.

Action News reached out to the state board for more information on how they handle these types of situations and are waiting to hear back.