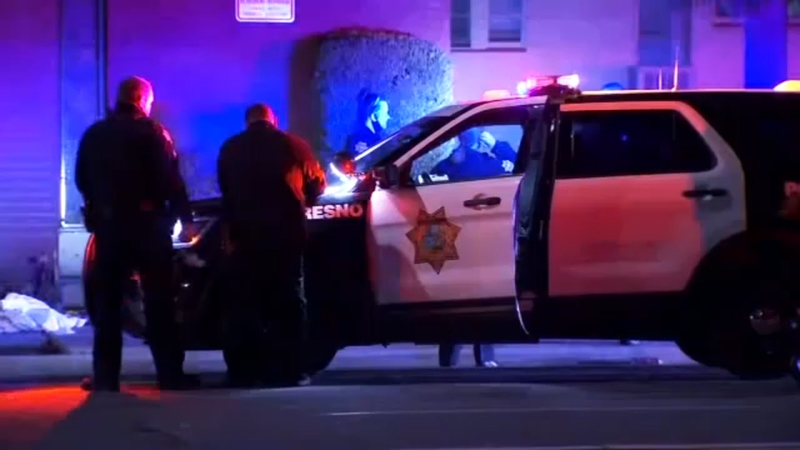 FRESNO, Calif. (KFSN) -- Nearly one year after a commission formed to bring police reform to the Fresno Police Department shared its recommendations, Police Chief Paco Balderrama announced Friday that a handful of those policies are being implemented among his officers.

In September, the department updated its policy guide with nine of the 73 recommendations put forward.

The modifications were made to several areas of the Fresno Police Department's policies: reporting discrimination, recruitment, officers' use of force, internal investigations, and de-escalation methods.

So which recommendations are being implemented, and what do they mean for the police department? We've broken it down for you:

(Below you'll find the commission recommendations and the date the department announced their implementation. As the department adopts new policies, this list will be updated.)

The department says it will update two of its systems that track discrimination allegations against its officers. That includes a program called Benchmark. The police chief says the Internal Affairs Bureau Commander can set alerts within the system when officers are accused of profiling or discrimination. They expect the software to be added to the department in 2022.

Fresno police have also updated their policy on racial or bias-based profiling, stating "all members shall interact with the public in a professional, impartial, fair, respectful and non-discriminatory manner."

Fresno Police Chief Paco Balderrama says the department will conduct checks on the effectiveness of its complaint process, including an audit. The audit is designed to ensure that complaints are received at all levels and followed through. It will also check the timeliness of processing and reviewing complaints.

This new audit was implemented for the department in November 2021, officials said.

The department says it will update its policy to provide any victim of discrimination the same protections that would be given to witnesses under the law.

Officials say this policy went into effect starting in November 2021.

The department says it "recognizes the importance of female representation."

The department says it has been working with local schools to increase outreach. Officials say the department added a criminology workshop at Fresno State this year and attended job fairs at Fresno City College.

They plan to continue reaching out to schools to conduct presentations in classrooms on the department's hiring process. The department says it's also working to create a career program with Fresno Unified.

The department says it disbanded the five units mentioned in the above recommendation in September 2021, with the officers on those units going to regular patrol.

The department says it will no longer run its homeless task force, rather assist the city's newly created Homeless Assistance Response Team (HART) with any services they request.

HART is a team made up of outreach services, sanitation crews, code-enforcement and mental health professionals.

The department's previous policy states that corrective action could be documented and placed in an officer's personnel file at the discretion of their supervisor. Now, supervisors will need to document instances where an officer was reprimanded. However, the policy states that the "decision to document corrective actions shall be based upon that fact that an issue has previously been addressed or is of a level of seriousness that should be recorded for future reference."

The new policy also states that a reoccurrence of the issue will need to be investigated by supervisors.

When it comes to internal affairs investigations, the Fresno Police Department now says its goal is to complete investigations in less than 60 days since they were assigned.

Incidents that are "complex or difficult in nature" are assigned to the Internal Affairs Bureau, which now aims to complete the investigation within 90 days since they received it.


One of the recommendations was a revised introduction to the Fresno Police Department's use of force policy. Above you'll see the Commission's suggestion, and below is the new preamble for the department's policy, which includes ensuring "ensure accountability and transparency."

"A primary purpose of this policy is to prevent the use of unnecessary force as defined by the law, ensure accountability and transparency, and to enhance the community's trust and confidence in our officers' ability to protect and serve."

The department said that policies currently in place require that officers only use physical force when necessary, "given the facts and totality of the circumstances known or perceived by the officer at the time." Current policy also states that officers can use a level of force they "reasonably believe is proportional to the seriousness of the suspected offense."

Updates were made to the use of force policy requiring officers to carry less-lethal weapons with them.

The department has updated its "Deadly Force Applications" section of its Use of Force policy to now say officers may use "deadly force only when necessary, in defense of human life, in determining whether deadly force is necessary."

The policy states that officers will need to evaluate the situations they're in to determine when the use of force is necessary and will not be required to use other methods "if reasonably safe and feasible."

Fresno police's use of force policy now clarifies the levels of resistance to help officers determine whether they should be using the use of force.

Fresno police's use of force policy was updated to indicate that the department will review the conduct leading up to an officer's use of deadly force.


The updated use of force policy states that Fresno police officers are now prohibited from reaching into moving vehicles except for when there are "extenuating circumstances."

Chief Balderrama said that de-escalation training was a high priority to implement among the department.

Balderrama said he expected at least another seven of the Commission's recommendations to be implemented over the next month.