Despite a violent weekend, Fresno Police say shootings are down compared to last year 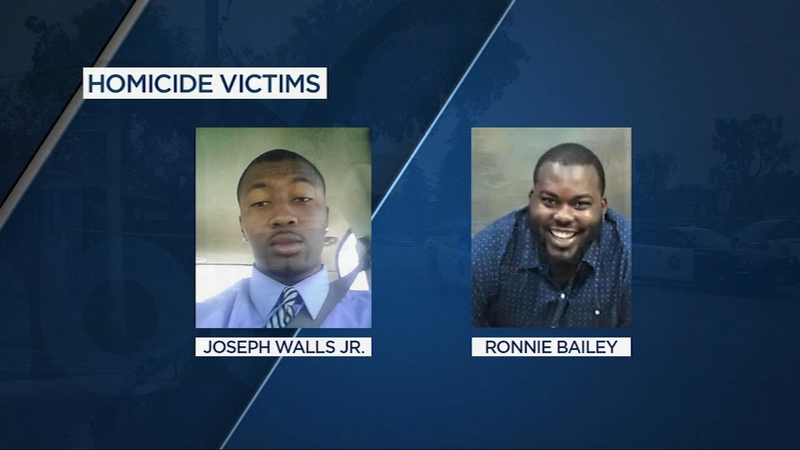 FRESNO, Calif. (KFSN) -- The search is on for the shooters in two separate incidents in Central Fresno this weekend.

The next day, a 15-year-old girl was shot and critically injured at a teenager's birthday party.

It started Saturday morning around 4 a.m. Fresno police responded to a shooting at an apartment complex.

Police said an after-hours party was being held at the Pleasant Village Apartments when someone opened fire.

None of the victims have gang affiliations and the motive is still being investigated.

Then on Sunday, a shooting at a teenager's birthday party left a 15-year-old girl critically injured and neighbors shaken up.

"It was chaos. It was like, that can't happen in this neighborhood," said Karen Thackery, who lives across the street from where the shooting happened.

Investigators said that shooting happened around 9 p.m. on North Vagedes near Olive Avenue.

Officials said the home was an Air BNB rental and officers do not believe there was adult supervision at the party.

A spokesperson for Air BNB responded to the shooting in a statement to Action News:

"We condemn the senseless gun violence that took place in Fresno on Sunday. Airbnb bans parties, as well as the use of the platform by anyone under the age of 18 -- and we have zero tolerance for anyone who attempts to circumvent such defenses. We have permanently banned this guest's account from our platform and stand ready to support the Fresno Police Department in their investigation."

The violent weekend marks 621 shootings for the year compared to 619 at this time last year, but Fresno Police Lt. Bill Dooley said the shooting totals are actually trending down.

"The numbers were a whole lot higher through the last quarter last year than where we are right now," Lt. Dooley said.

Lt. Dooley attributes the decrease in the number of shootings to the department's focus on violent crime.

When it comes to homicides, this year there have been 68 in the city of Fresno.

At this time last year, there were only 57.

"What happened at the end of last year is we had a sudden spikes of homicides," said Lt. Dooley.

That spike sent the number of homicides skyrocketing, with 74 total last year.

Police say that trend continued into 2021 with 11 homicides in January.

Officials said despite the violent weekend, it's important for people to look at the bigger picture.

"We've had homicides have occur in the city of Fresno, there's no denying that or sugar coating that. However, what we're seeing is kind of an anomaly," said Lt. Dooley.

Lt. Dooley also pointed out the number of homicide cases the department has resolved, known as their "clearance rate".