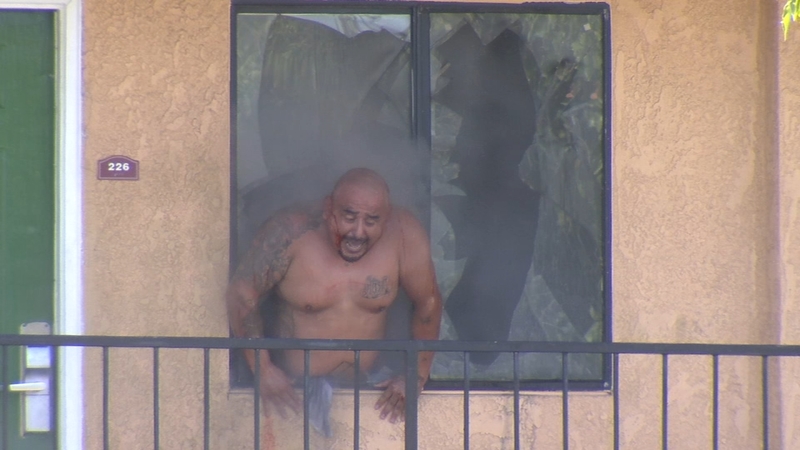 Alarms rang out as a standoff with police quickly turned into a fire at a West Central Fresno motel.

More than half a dozen officers responded to the Ambassador Inn and Suites moments after receiving a shocking disturbance call about a tenant.

"He was taking whatever he could and throwing it out of the room. When security tried to get him to stop, that's when he swung the pipe at security," said Lt. Mark Hudson of the Fresno Police.

Despite a negotiator on site, the suspect, 38-year-old Esteban Hernandez continued to throw furniture from the second-story window.

Neighbors were evacuated while several others watched the chaos.

As officers inched closer to the suspect, smoke started billowing from inside the room.

"At some point, he set the room on fire," Hudson said.

The standoff quickly turned into a rescue as Fresno firefighters rushed to control the fire and smoke.

Action News cameras caught the moment the suspect was escaping through the broken window, and was taken into custody.

"No one else was in the room, and again, the fire was extinguished by the sprinklers inside the room."

Neighbors were allowed back in their homes, and none of the other rooms were damaged.

As for Hernandez, officers say he was on parole for past domestic abuse charges.