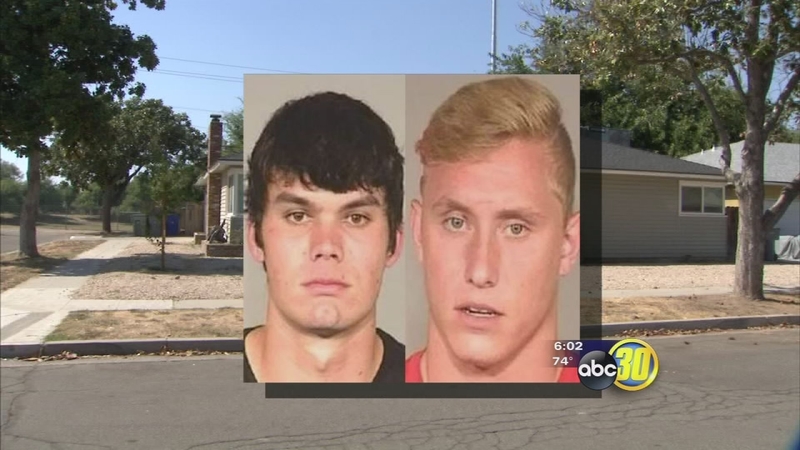 The mug shot of Zack Greenlee marks what might've been the worst night for Fresno State football in 2015. Hours after the team's second straight blowout loss, police arrested Greenlee and teammate Brandon Hughes outside a loud house party.

A month later, the 20-year-old Greenlee admitted to being a minor in possession of alcohol and took the blame for the shadow he helped cast on the Bulldogs' season.

"I want to apologize to the university, my teammates, my family for the embarrassment that I brought and I will do better from here on," he said. Fresno State's football season still hasn't turned around, but Greenlee and Hughes have a chance at redemption off the field.

A judge ordered both young men into classes that give them the chance to erase their convictions.

"This should not affect them going forward and these diversion programs are designed for just these situations where you have young people who are growing up and as we all do, make mistakes and they deal with the issue and move on," said defense attorney Jeff Hammerschmidt, who represented both Greenlee and Hughes.

Hammerschmidt says it's a lesson learned for Greenlee and Hughes, and they'll emerge from their trouble even tougher.

The team suspended them for a game each, and although Greenlee returned to start against San Diego State, he eventually lost the job. But now, with the criminal case handled, the only pressure he's under will be coming between the lines.

"I'm just ready to move on from this day to football and keep focusing on that until the end of the season and let the legal process take care of itself and, you know, we'll do better," he said.

So barring any hiccups, about a month after spring practice is done at Bulldog Stadium, both Greenlee and Hughes will have clean criminal records.