'He didn't deserve to die like this': Family of murdered street vendor speaks out 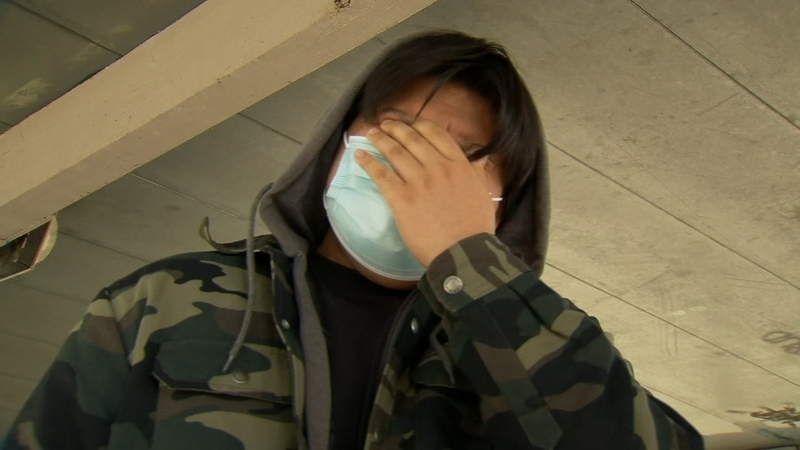 'He didn't deserve to die like this': Family of murdered street vendor speaks out

FRESNO, Calif. (KFSN) -- Through tears, the family of Lorenzo Perez, a father of four, says it is left at a loss after the Fresno street vendor was shot and killed Sunday afternoon in broad daylight.

Fresno police are still looking for the suspect who pulled the trigger.

"He was hardworking, he didn't deserve to die or go like this. No one deserves to go like this," said Isai Perez, his son.

Fresno police say the suspect walked up to Perez, had a conversation with him, then shot and killed him along Pierce Street.

Family members say Perez used to do yard work, but eventually started to sell food to support his kids and family in Mexico.

"He came from Mexico with the illusion of having a better life," said Juana Vargas Perez, Lorenzo's cousin.

Perez's son Isai even helped his dad build his cart and stock up on food.

It was a job he said Perez enjoyed and did every day.

"When he'd come home from work he'd tell us how people would dance to the music, it brought him joy. He enjoyed what he did, and go out selling," said Isai.

But it was a job that wasn't always easy or safe.

"People would want it cheaper or free. When he'd say no, they'd be aggressive, they'd snatch from the cart," said Isai.

Isai said he and the rest of his family were supposed to meet his dad at the nearby park, but were running late.

It was hours later when they find out he died.

The city is stepping in to help, raising over $40,000 for the family as of Monday night through a GoFundMe account.

Isai and his family are now hoping the suspect responsible is brought to justice as they continue to grieve.