An employee was hit twice by the gunfire. She was taken to a hospital in critical condition.
KFSN
By Corin Hoggard 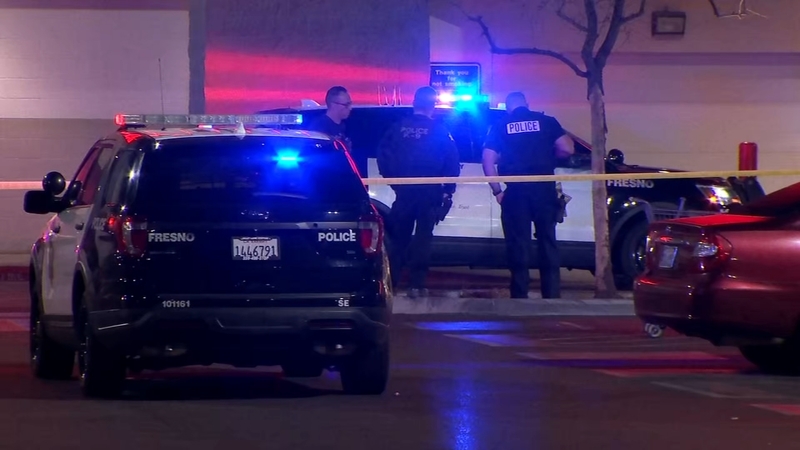 FRESNO, Calif. (KFSN) -- A Winco employee is recovering after armed robbers shot her after they'd already gotten away with stolen beer.

Police have made at least one arrest, but they're still piecing together the investigation.

At least two young men ran out of this southeast Fresno Winco at about 3:30 a.m. Friday and escalated their crime after it seemed already over.

"We believe that it was a beer run and the suspects fired at the employees as they exited the store," said Fresno Police Lt. Brian Valles.

Police say the suspects were almost 50 yards away when they fired several gunshots towards employees at the store's exit.

Two bullets hit a clerk, who is now in critical condition, but stable.

Investigators aren't sure if the bullets hit her directly or if they ricocheted off the building.

They identified the getaway vehicle as a gray or tan SUV and found it in a McDonald's drive-through about two miles away where they arrested at least one suspect.

"Similar (method of operation) where a beer run occurred at Tulare and First and at least one shot was fired at the clerk as he followed after them," said Lt. Valles.

Detectives are hoping surveillance video can help them figure out who else was involved and whether the other crimes are connected.