Two local high schools put rivalry aside for a good cause 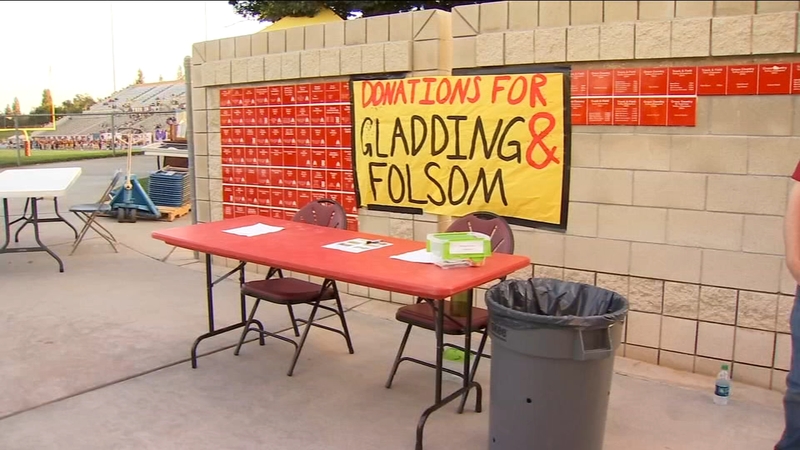 Two local high schools put rivalry aside for a good cause

FRESNO, Calif. (KFSN) -- Two Clovis Unified schools set aside their longtime rivalry tonight to heal together on the football field.

In the past month, Buchanan and Clovis West have both suffered tremendous loss after the death of two educators.

"When loss like this happens in a community, it's a trigger for a lot of different kids," said Frank Palmeri, the Activities Director of Clovis West.

Families of Clovis West are still mourning the death of Gavin Gladding. The Fort Washington Vice Principal was last spotted cheering at their football game last month before a hit and run driver killed him on a morning run. At Buchanan HS, there is the same void, left behind by English teacher Ed Folsom who passed away this Monday.

"He's a big man in stature, but his heart is even bigger than him. He cares about kids, he cares about staff, in a sense he just really cares about people," said Jason James, a Learning Director with Buchanan High School

As two schools battled it out on the field, fans came together outside the stands to donate. The homecoming game for Clovis West also began with a moment of silence.

"I saw the sign when we were getting our tickets, so I just wanted to help out," said Kathy Teixeira.

Teixeira says her son was in Mr. Folsom's class last year. Like many parents, she tearfully reminisced about the impact the men had left on the district's children.

"He started telling that he was his English teacher last year and how he would always hug him when he would see him in the hallway," said Teixeira. "[My son] started crying, he was a really good teacher."