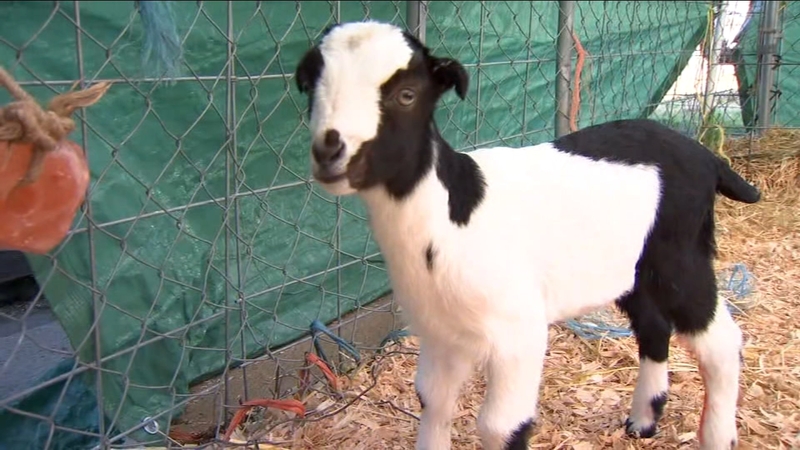 EASTON, Calif. (KFSN) -- The search is on for eleven goats stolen from a Kingsburg family - a crime that authorities say is becoming far too common.

The family who was raising the goats moved them to Easton because they say recent rain flooded their pens which made it unhealthy for their animals.

But on Thursday night they got a call from their friend who said his two goats and their nine were gone.

Kristi Picquette was brought to tears, overwhelmed with emotion after having nine goats stolen from her family.

"It's five years worth of investment - time, money, blood, sweat, tears - just to have someone come take it all away," she said.

And what makes it even harder is that the goats were for her two boys.

Dillen and TJ, both 12 and 14, were raising the animals for their 4H projects.

Money won from competitions was to help them pay for college.

Now, they are out of their pets who were also paving the way for their future.

Since January, there have been a total of seven cases involving goats that were stolen.

Most of the thefts happening in Easton and going all the way down to Caruthers.

"For kids that were trying to use this to raise money for college and stuff, it's terribly sad. These crooks have no idea the hard work that goes into these things that people do," says Tony Botti of the Frenso County Sheriff's Office.

The Picquettes are just hoping all of their goats, Who they say are like family, will be returned.

That way they can continue to make more memories like this one in the years to come.

Anyone with information about this crime or others should call the Fresno County Sheriff's Office...