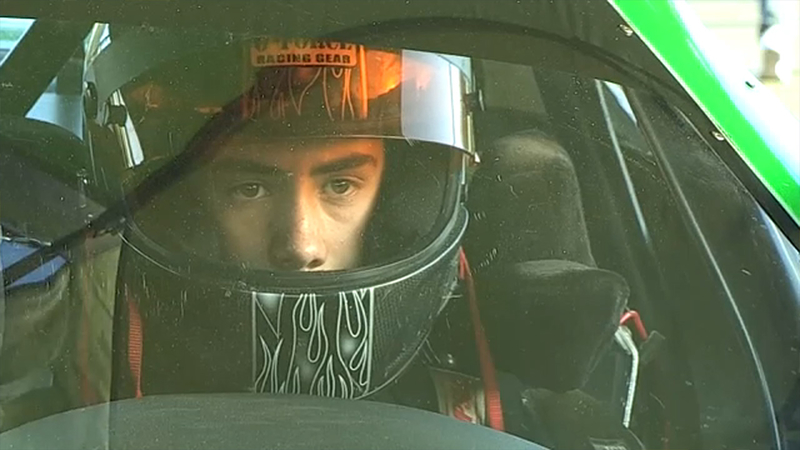 CLOVIS, Calif. (KFSN) -- A local race car driver is ready to put his career in high gear after agreeing to move up a series in his quest to someday go bumper to bumper with the best in NASCAR.

"This one is from 2019. This was the first championship I ever won in the Pro Late Model series," said Austin Herzog.

Herzog appears to be on the fast track to a professional racing career.

The 19-year-old from Clovis will be competing in the ARCA Menards series West in 2022 after he was recently named the driver of the prestigious No. 16 NAPA Auto Parts Chevrolet following a successful grassroots racing career.

"Signing with NAPA Auto Parts is a big deal. They're in the Cup Series and the Truck Series, and it just feels like a really cool stepping stone to be a part of their family," Herzog said.

The ARCA series is considered a minor league feeder circuit into NASCAR.

You can say Herzog grew up with racing in his blood. He's a third-generation racer, following in the footsteps of his grandfather Richard and dad, Bryan.

The Clovis native began his racing career at the age of nine. He eventually worked his way up to compete against more experienced drivers in the Pro Late Model division at raceways such as Madera Speedway.

Now Herzog will test his skills against better competition and on tracks that are new to him.

"I have a very prestigious race team that I'm racing for, so we're really going to go for a championship and rookie of the year," said Herzog.

Herzog will go for the checkers in Arizona when the new season gets going on March 11 at the Phoenix Raceway.