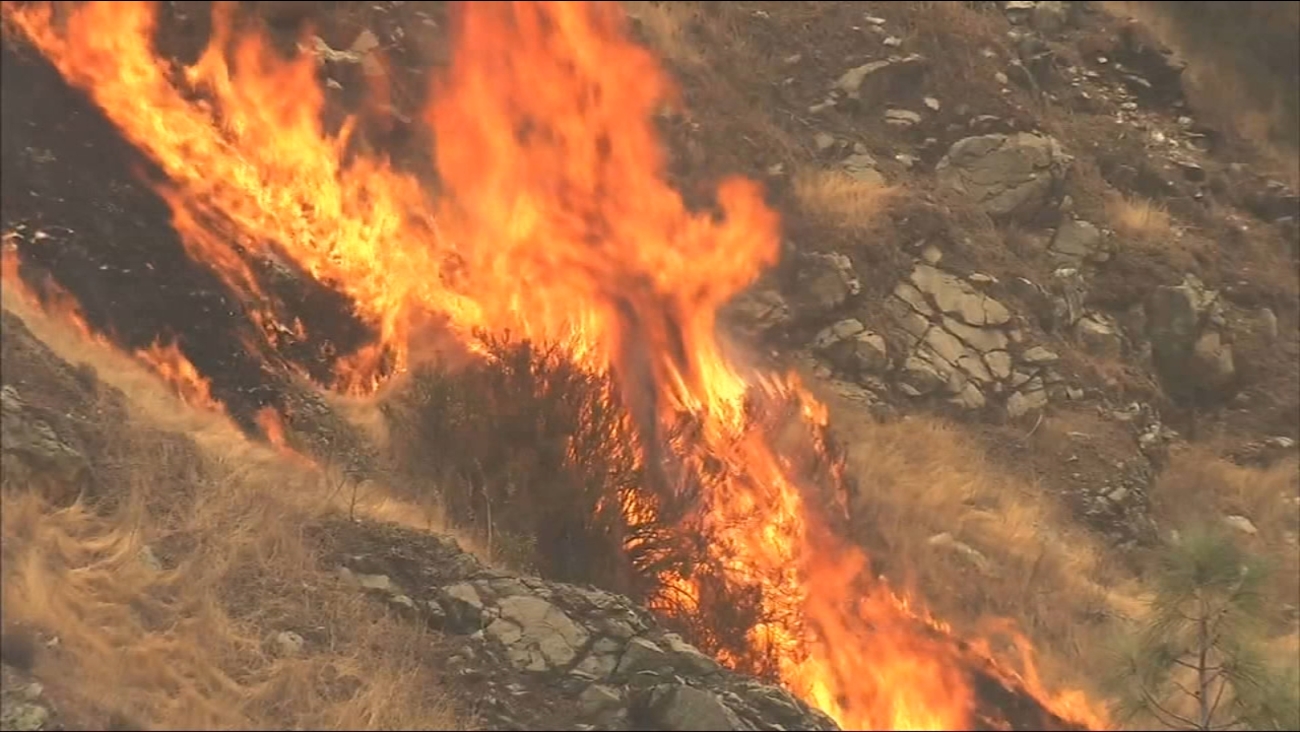 The full text of the proclamation for Mariposa County is below:

PROCLAMATION OF A STATE OF EMERGENCY

WHEREAS on July 13, 2018, the Ferguson Fire began burning in Mariposa County and continues to burn; and

WHEREAS this fire, which has burned over 43,000 acres of land, continues to threaten homes and other structures, necessitating the evacuation of residents; and

WHEREAS the fire has caused power outages, forced the closure of roadways, and continues to threaten critical infrastructure; and

WHEREAS high temperatures, low humidity, and erratic winds have further increased the spread of this fire; and

WHEREAS the circumstances of this fire, by reason of its magnitude, are or are likely to be beyond the control of the services, personnel, equipment, and facilities of any single local government and require the combined forces of a mutual aid region or regions to combat; and

WHEREAS under the provisions of Government Code section 8558(b), I find that conditions of extreme peril to the safety of persons and property exists in Mariposa County due to this fire; and

WHEREAS under the provisions of Government Code section 8571, I find that strict compliance with the various statutes and regulations specified in this order would prevent, hinder, or delay the mitigation of the effects of the Ferguson Fire.

NOW, THEREFORE, I, EDMUND G. BROWN JR., Governor of the State of California, in accordance with the authority vested in me by the State Constitution and statutes, including the California Emergency Services Act, and in particular, Government Code section 8625, HEREBY PROCLAIM A STATE OF EMERGENCY to exist in Mariposa County due to the Ferguson Fire.

IT IS HEREBY ORDERED THAT:

I FURTHER DIRECT that as soon as hereafter possible, this proclamation be filed in the Office of the Secretary of State and that widespread publicity and notice be given of this proclamation.

IN WITNESS WHEREOF I have hereunto set my hand and caused the Great Seal of the State of California to be affixed this 26th day of July 2018. 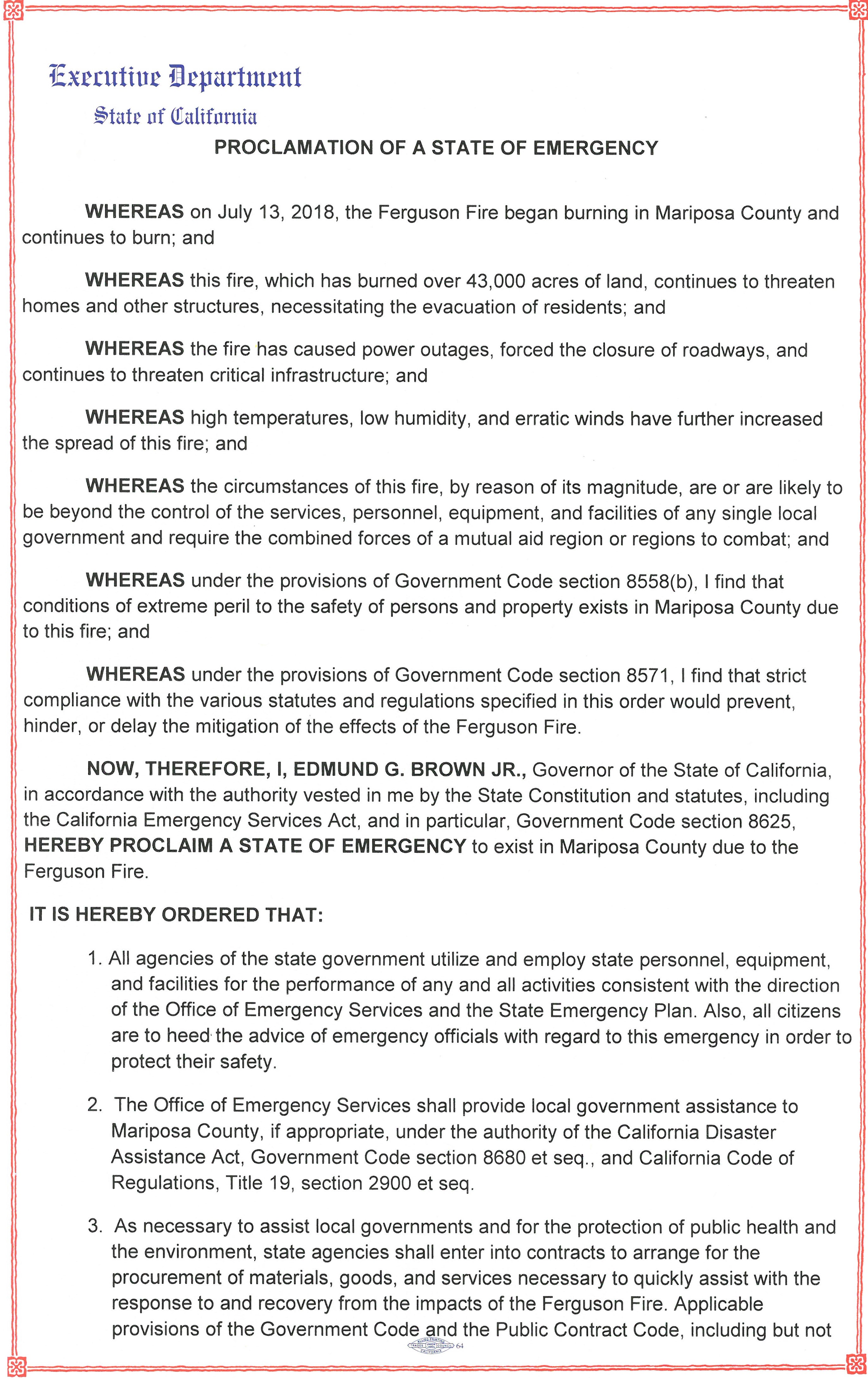 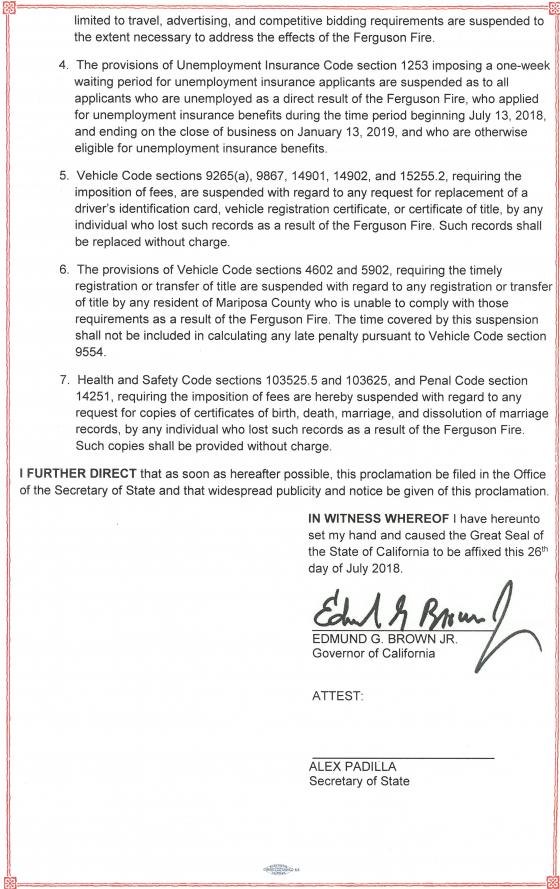