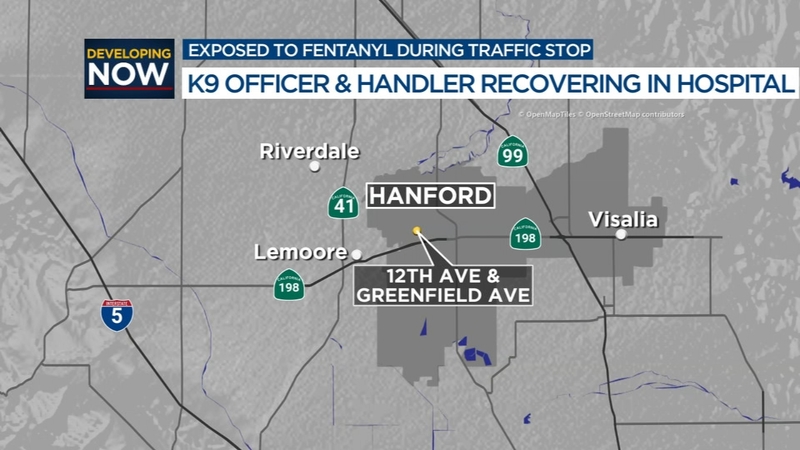 HANFORD, Calif. (KFSN) -- A K9 and his handler are both recovering after they were exposed to fentanyl during a traffic stop on Wednesday.

The officer pulled over a driver in the area of 12th and Greenfield in Hanford.

The driver was identified as 38-year-old Eduardo Opazo and when the officer got to his window they noticed some sort of white substance on Opazo's shirt.

He was detained and a K9 officer and K9 Krash were called to the scene to do a check of the vehicle.

When Krash got to the driver's seat he started acting strangely and became unconscious.

He was rushed to a nearby veterinary clinic and was given Narcan. While at the vet, the K9 handler started feeling lightheated and was taken to the hospital.

Both the officer and Krash are now recovering and Opazo has been booked into the Kings County Jail.