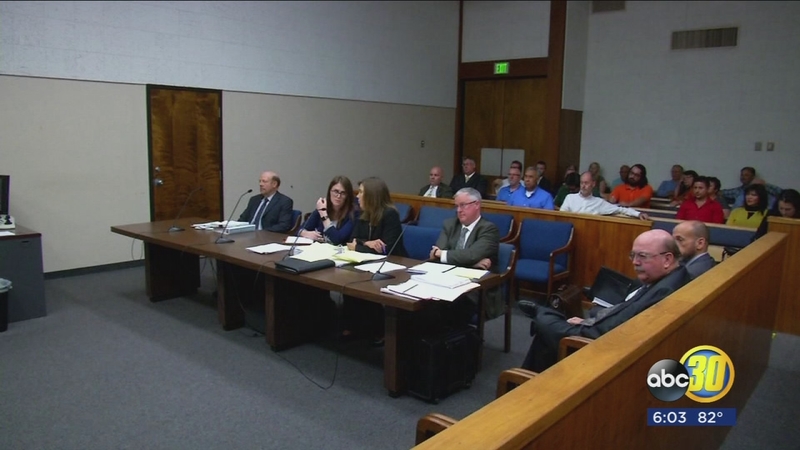 And Deputy District Attorney Trevor Holly--who, through a writ of mandate petition, was asking Judge Reed to recognize Gutierrez as a lawful board member. Gutierrez has not been declared one yet, even though she was elected in July when Dr. Parmod Kumar was recalled.

Since the election, Holly says two hospital board meetings were orchestrated to make sure Gutierrez was not seated. Former Board Chair Linda Wilbourn resigned the day after one of those meetings was canceled.

"There's no reason to think it won't happen a third time. (There's been a complexion change in the board-judge). There has been but there's a real problem with someone who is elected as a board member, not being recognized as a board member for even 10 days, much less two months," said Trevor Holly, Tulare County District Attorney's Office.

But Robert Welsh, representing the board minority, would not agree to recognize Gutierrez in court on Friday--arguing that she cannot be seated until the next regularly scheduled board meeting on September 27th.

"We are confident that Ms. Gutierrez will be declared a member of the board and this issue will be behind us," said Welch.

A portion of the petition filed by the District Attorney's Office says quote:

"Currently, TRMC, including their general counsel, is operating without the consent of the majority of the Board and has been doing so since July 26th, due to a faulty interpretation of Elections Code section 15400. Every action taken without the consent of the elected board does irreparable damage to the District, the constitutional rights of the Citizens of Tulare County, and the democratic process in our County."

"Further delay of this declaring Ms. Gutierrez as a board member prevents us from taking any action to get in there and try to rectify the financial crisis," said Mandy Jeffcoach, McCormick Barstow.